Pavandip banks on experience to get Junior World Cup nod 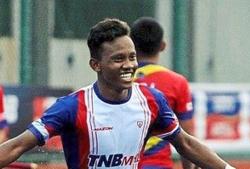 PETALING JAYA: National hockey player Pavandip Singh wants to win the selectors’ attention for a place in the Junior World Cup from Nov 24-Dec 5 in India.

The 20-year-old midfielder is eligible to play but he has not been part of the junior set-up like the other players in Wallace Tan’s team.

Pavandip has not played in the Youth Olympics or the Sultan of Johor Cup, but he has the advantage of training with the national team and even featured in their friendly games against Japan and Britain early this year.

“Most of the players in the junior team have played together since they were 16. They have played in the Youth Olympics, Asian Junior meets, and Sultan of Johor Cup, while I’ve not been part of those tournaments,” said Pavandip.

“I hope my time with the national team will serve as an advantage. I’ll keep training hard and make sure that my form, physique and technique get better every day.

“I have played against Japan and Britain and learnt what’s required to play on the international stage.” 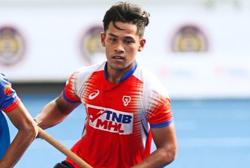