PETALING JAYA: National hockey players have been told to stay in shape even though their training programme at the hockey stadium has been disrupted. Malaysian Hockey Confederation (MHC) president Datuk Seri Subahan Kamal (pic) wants the players to be equally committed in training at home to prepare for the Asian Champions Trophy from Oct 1-9 and probably, the Olympic Games.

If South Africa decide to pull out, Malaysia will get to compete in the Olympics in Tokyo in July as they are the first team on the reserve list, thanks to their world ranking. Malaysia are currently 11th in the world rankings.

“I do not want to jump the gun, but the mentality that I want the boys to have right now is to be ready for anything. I just want them to keep their minds clear and be fit for any competitions, ” said Subahan.

“We will know whether we get to play at the Olympics in the next few weeks.”

The national team were supposed to return to training in Bukit Jalil after the Hari Raya holidays but they were advised to stay at home by the National Sports Council (NSC).

“We accepted the decision as the safety of the players is a priority to us, ” said Subahan.

He is hoping that the players under the charge of coach A. Arulselvaraj will get to resume the training on the pitch after June 6, which is the last day of the current movement control order.

“Coach Arul has a lot of plans and we are hopeful that everything will get back to normal although the current situation in the world and here is still uncertain.”

Meanwhile, all the players and coaches received their first dose of Pfizer vaccination last week and will receive their second dosage on June 15. 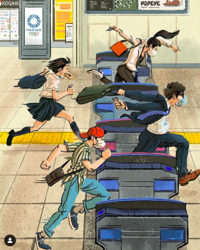