PETALING JAYA: Goalkeeper Hafizuddin Othman (pic) has been the understudy to former national custodian S. Kumar for so many years.

So naturally, everyone expects him to take over as the main goalkeeper in the national hockey team. 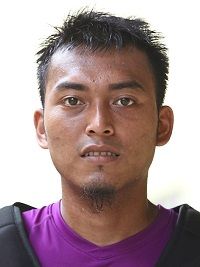 However, it is not as simple as that and Hafizuddin knows he has a fight on his hand to claim the position following the emergence of several candidates.

Hafizuddin played in the 3-0 loss to Japan on April 17.

Based on form, Hafizuddin is indeed one of the best in the nation thanks to his prowess between the posts for Terengganu in the Malaysian Hockey League (MHL).

Zaimi of Maybank won the best goalkeeper award in the MHL while Adrian was instrumental in helping UniKL retain the league title.

Since Kumar retired from the game in 2019, Hairi has been a regular for Tenaga Nasional and has earned several national call-ups.

“Competition is tough and as an athlete you have to fight for everything. In my case, I will continue putting in the hours to make sure I merit a spot in the national team, ” said the 29-year-old.

“If given a chance to play I would give my best for the nation. So every minute in training must be done with real effort and courage.

“As for our performances of late, the aim was to get the team chemistry right. Coach Arul seems to have got it spot-on as was evident in the results from the first two and last two Test matches.

Malaysia lost 0-3 and 1-3 to Japan and Britain but in the two return ties they lost by a one goal in the Test series held from April 17-22.