Mirnawan: Malaysia ready to replace S. Africa if they withdraw 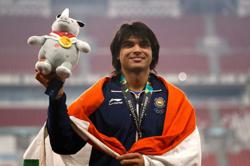 PETALING JAYA: It’s not something they are wishing for but the Malaysia hockey team are ready to replace South Africa if the latter pull out of the Olympic Games.

Team manager Mirnawan Nawawi says Malaysia are the first reserves but he sincerely hopes that their African counterparts would sort out their financial issues to make their trip to Tokyo.

The South African Hockey Association are trying hard to raise £170,000 (RM966,107) after receiving zero support from their country’s Olympic council, and sadly, at the moment, they have not reached their target yet.

If South Africa decide to pull out, Malaysia will be in the Olympics as they are the first team on the reserve list, thanks to their world ranking. The Speedy Tigers are currently 11th in the world.

Mirnawan, the former Malaysian captain, who played in the 1992,1996 and 2000 Olympics, said he was aware of South Africa’s predicament and hoped they could hit their target for the sake of the players.

“As a former sportsman, I sincerely hope that South Africa get to go to Tokyo. As a former Olympian, I would feel bad for the South African players if they cannot go, ” said Mirnawan, who is fondly known as “The Boss” by his peers.

“It is the biggest stage, and their players fought hard to qualify on merit. I hope they can get the funds to go to Tokyo and compete.”

South Africa have until June 29, which is the deadline for the Olympics qualification period.

“If they can’t raise funds and go to Tokyo, Malaysia are ready to go but we will have to get the final permission from the Olympic Council of Malaysia (OCM) and Malaysia Hockey Confederation (MHC), ” said Mirnawan.

“We are first in the reserve list, and that says a lot of the team.

“We are ranked 11th in the world because of our hard work. If we get to the Olympics, it’s only going to benefit us because we will face the best sides in the world.

“As international players, we have to be on our toes for any situations and adapt to any conditions.”

Malaysia came close to qualifying for the Olympic Games but lost in a penalty shootout against Japan in the 2018 Indonesia Asian Games hockey final.

For now though, Mirnawan said the Malaysian team were getting ready for the Asian Champions Trophy in October and the Asia Cup, which could be held end of this year.

“If the Olympics opportunity comes, I am sure our boys will savour it. It’s a dream for many but for now, that’s not the focus. They are getting ready for the Asian tournaments under coach Arul (A. Arulselvaraj), ” added Mirnawan. 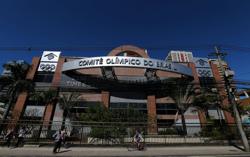