One for the album: UniKL Ladies pose for the cameras after it was confirmed that they would be the league champions. — Photo by Malaysia Hockey Confederation

PETALING JAYA: A debut to remember and a statement of intent.

It was their fourth successive victory after easy wins over Mutiara Juniors (17-0), Police (3-0), PKS-Uniten (3-0). They have 12 points and have all but confirmed the crown with a game left against fifth-placed Young Tigress at the National Hockey Stadium today.

At a distant second is PKS-Uniten, five points adrift.

And one UniKL player who stood out is striker Nuramirah Shakirah Zulkifli, who scored four goals against Sabah and is the league’s top scorer with seven.

The 20-year-old international is now hell-bent on keeping their winning run intact and also retaining the top scorer award she won last year. 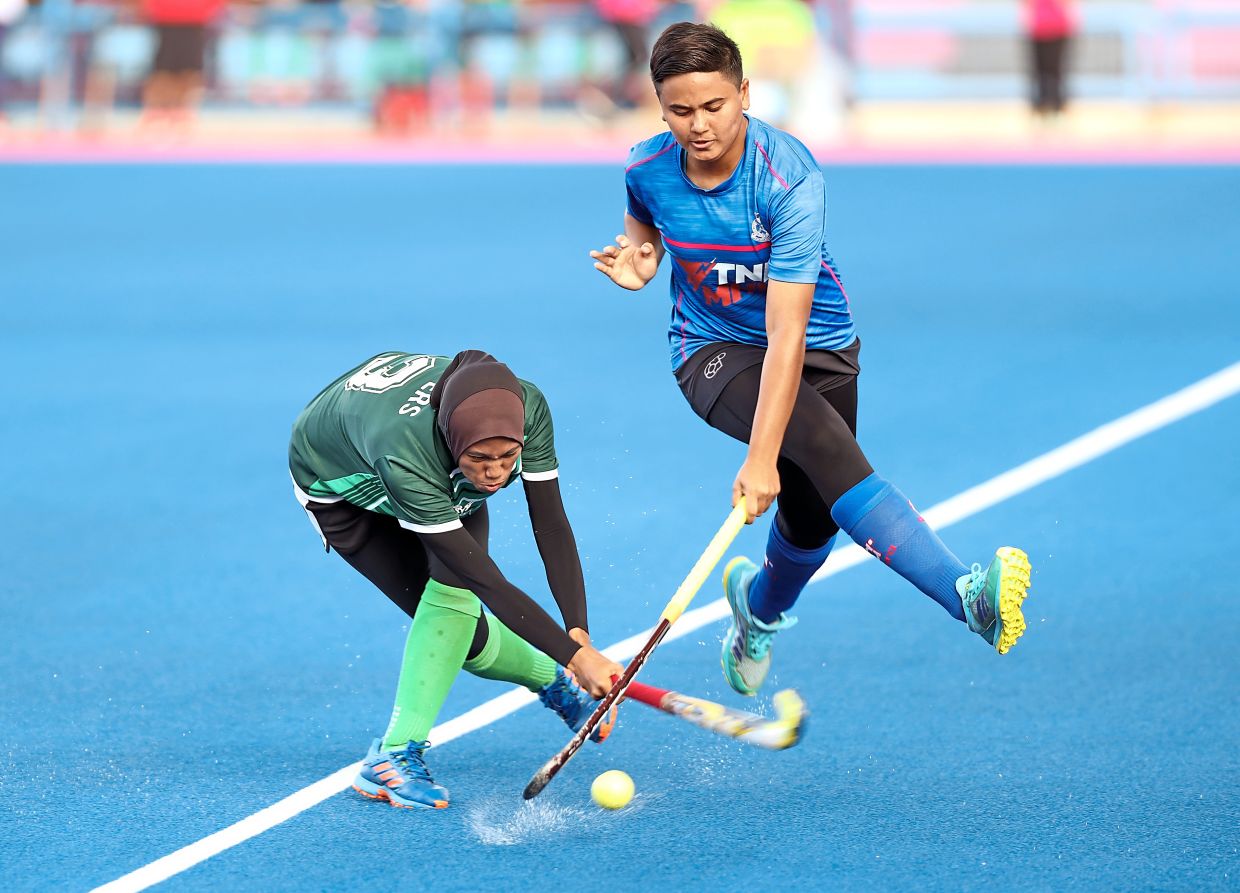 “I’m glad to have helped UniKL achieve their target but it’s not over yet. We still have the Young Tigress to deal with and the Vivien Soars Cup, ” she said.

Despite her mastery in front of goal, the Kedahan is not satisfied.

“I would like to hold the ball longer. At the moment, I only sniff for chances. I need to work on my interception and control to become better. If I can do that then I can help the team reach their full potential.”

Not only are they deadly in attack with 30 goals, they have been equally impressive in defence. They have yet to concede a single goal.

Team manager Jaldin Ahmad said teamwork is the key to their success.

“Their intensity in every game is the same and that’s what we want. I guess our two-week training camp before the league helped a lot.

“I must also thank coach Roslan (Jamaluddin), who with his vast experience, did a tremendous job and not to forget, the seniors for guiding the youngsters.”