KUALA LUMPUR: Malaysian hockey could very well be on the road to redemption.

Well at least, if it’s based on the commitment shown by Malaysian Hockey Confederation (MHC) president Datuk Seri Subahan Kamal in his mission to turn hockey into the No. 1 sport in the country.

Yesterday, the Malaysian Hockey League kicked off in an unprecedented situation at the National Hockey Stadium in Bukit Jalil.

More than 600 players and officials involved in the league have been placed under the bubble system since last week – just so that the interest in the game would remain alive amidst the Covid-19 pandemic and the players could still earn an income.

The national body could have taken the easy way out by scrapping the league but instead, they have forked out about RM2mil to keep it going.

“It’s a lot of money but it’s our responsibility to carry on with the league for the sake of our players and the sport, ” said Subahan.

“I’ve a team of dedicated people, who genuinely love the sport. There have been many sacrifices and a lot of hard work to run this league. It’s a good start and we hope to see quality performances.

“If the situation gets better – there are many more plans in the pipeline to boost the profile of the sport too.”

An immediate plan is for the national team to train with Tokyo-bound Olympics teams Britain and Japan here in Bukit Jalil. It will be a good warm-up for Malaysia ahead of the Asian Champions Trophy in November.

Other local and international tournaments have been put in place too.

“We’ve a dedicated team of coaches. We have made sure the salary of our players, coaches and officials are paid on time. We are grateful to our loyal sponsors and supporters despite the trying times, ” he said

“There have been shortcomings from our side in the past, but we are now moving forward, improving in every way we can.

“Our team missed the Olympics qualification by losing to Japan in the final of the 2018 Asian Games – but it was still a significant achievement. We are ranked 11th in the world but I believe our team will be one of the best in the world and hockey will be the country’s No. 1 sport one day.

“By giving the best, we hope our senior and development players will do their part and repay us by doing well on the international stage.”

“I’m excited to see the quality of the junior players we have. This is our team for the future. I will not be surprised to see this team doing well in the World Cup qualifiers and Asian Games in the future, ” he added. 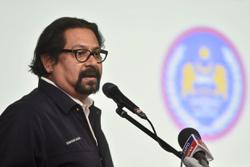