Promotion: Nor Azlan Bakar will take over from Nor Saiful (right) as the Tenaga coach next season.

PETALING JAYA: International centreback Syed Syafiq Syed Mohd Cholan will have to get use to the prospect of not hearing Nor Saiful Zaini’s barking instructions from the touchline in next season’s Malaysian Hockey League (MHL).

Instead Syed Syafiq will be lining up for Tenaga Nasional’s games under new coach and former international Nor Azlan Bakar.

Under Tenaga’s new team structure Saiful has been promoted and will oversee the development of their senior team and their junior squad Thunderbolts.

Madzli Ikmar, who assisted Nor Saiful in the Tenaga set-up last season, will take over from Nor Azlan as the new Thunderbolts coach. Raring for action: Syed Syafiq is eager to train under new Tenaga coach Nor Azlan.

The 25-year-old Syed Syafiq is looking forward to playing under Nor Azlan and believes it will be an energy booster for him in the new season.

“The new coach’s game approach will be different and I’m eagerly looking towards that. I’ll give my fullest commitment to him and the team.

“I’m targeting at least a trophy this season. Even though the number of national players will be limited to only six on the field, it gives equal strength to all teams in the league, ” said Syed Syafiq who played for Malaysia in the 2018 Asia Games.

He is also eager to live up to national hockey coach A. Arulselvaraj’s advice that all trainees should be leaders for their respective clubs in the league if they want to remain in the national squad.

“The leadership responsibility has always been there. I’ve been leading from the front and kept teammates on their toes. I’ve been doing it since 21 and I’m growing into that role, ” said Syed Syafiq who has been playing for Tenaga since 2016. 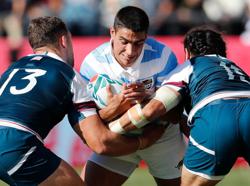