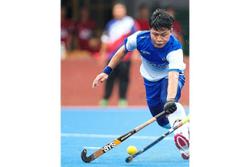 PETALING JAYA: It’s an assignment they can’t refuse. And the national hockey players feel like students under the tutelage of coach and ‘teacher’ A. Arulselvaraj.

The ‘homework’ they have to complete is to assume leadership for their respective clubs in the Malaysian Hockey League (MHL) – it’s a way of working on their weaknesses and also proving that they are worthy of their spots.

“During the league, they must show their leadership qualities with their teams, especially the seniors. I’ve texted them individually, and I hope that can be seen during the tournament. I’ll be watching them closely, ” said Arul.

He lamented that the Covid-19 pandemic has disrupted the centralised national camp’s plan to have international friendlies.

As a consolation, the national team got to play some intense matches with the juniors during the camp.

“The juniors are young, fast and furious and their energy level was excellent. That kept the seniors on their toes.

“They were under pressure and were even forced into making some silly mistakes.”

The national team’s next international assignment will be the Champions Trophy in Bangladesh next year.

About 30 players were part of the centralised camp, as the team target to finish at least in the top two. 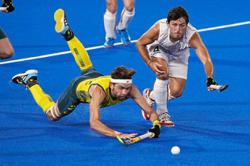