Improved formula on the cards to raise hockey’s standard

PETALING JAYA: A new and much improved National Hockey Development Programme (NHDP) will be launched next month by the Malaysian Hockey Confederation’s (MHC).

The NHDP, with changes introduced to enhance results in three to four years, will replace the previous 1Mas Hockey Development Programme which was started in 2010 and ended on 2018. 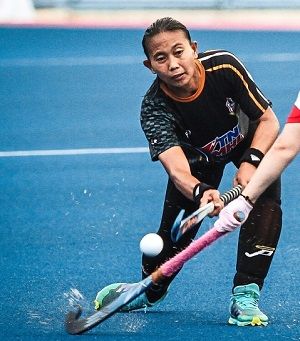 New role: Former player Siti Noor Amarina has been appointed as the women’s technical coordinator for the new programme.

Shamala, who is also the MHC development committee chairman, said the new programme will be based on more training of players and less emphasis on paper work for coaches.

“We are the third sport in the country to have a nationwide development programme. We have identified centres in the states and also coaches to run the programme, ” said Shamala at a press conference at the MHC office in Bukit Jalil yesterday.

The other two sports who have launched similar development programmes are rugby and football.

“The ratio of the trainees to coaches will be 1:30. We want the coaches to be able to focus fully on the players.

“Having stakeholders from the state NSC, Education Ministry and state hockey associations will ensure that the programme will have a comprehensive monitoring of the progress.”

Under the NHDP, there will be 12 state centres, 29 district centres, 21 grassroots centres nationwide while the Tunku Mahkota Ismail Sports School and Bukit Jalil Sports Schools will be the national hockey centres.

Shamala added that former international S. Velappan and former national women’s hockey captain Siti Noor Amarina Ruhani have been appointed as the men and women’s technical coordinators for the programme.

“Each state will have a technical coordinator and head coach at every centre and will be assisted by part-time coaches, who will be appointed soon, ” said Shamala.

“The technical coordinator will report directly to the MHC secretariat so that the training programme to be conducted in all the states will be properly streamlined.”

“We will also have player-movement mapping system, as we would be able to track and evaluate the players’ progress from the time they join the programme at the age of 12.”