PETALING JAYA: Mohd Marhan Jalil is a player who best epitomises the adage that action speaks louder than words.

When he was the captain for UniKL in the Malaysia Hockey League (MHL), the player with few words exerted much influence through his high work rate and vision.

And his actions saw them dominate the MHL by winning the Charity Shield, League and TNB Cup.

Now that Marhan is part of the national squad, coach Roelant Oltmans has turned to the 30-year-old to become one of the leaders in the team.

Oltmans had said that when Marhan is on the pitch, his positive energy rubs off on his teammates.

The national team will start training on July 1 and Marhan has opened up... a bit.

The Johorean said he admires players who are willing to go the extra mile to improve themselves.

“As a senior, I also have to push the players to mature fast and show some discipline while on the field, ” said the midfielder.

“The team always come first, then the individuals.

“I’m excited to hold the hockey stick again and get back to training. I know most players have said that they want to get their basics and fitness back on track but the first thing I’m going to do when I return to training, is to say ‘hi’ to every teammate because I’ve not seen them for months, ” he joked.

For the past three months, Marhan has been learning to be more disciplined especially on how to keep himself in top condition.

He has been browsing the Internet and scrolling YouTube videos to help him stay in shape.

When he is back on the pitch, he aims to sharpen his technique and find the chemistry with his teammates as they prepare for the Asian Champions Trophy in November and also the Asia Cup next year.

For a man of few words, he has much to say about the state of the game in the country.

Marhan feels that more attention should be given to the grassroots level if Malaysia were to be consistently in the top 10 of the world rankings.

“We are currently 11th. To stay in the top 10, we need more young talents to create a bigger pool of players which in the long run would benefit the national team.” 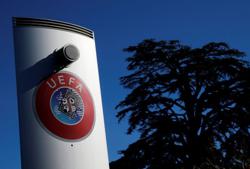