Height is not the Harte of the matter

PETALING JAYA: Hockey teams usually prefer tall players to man the goalpost as they can cover lots of space.

So it does not come as a surprise that goalkeepers like David Harte (pic) of Ireland, Pirmin Blaak (Holland), Andrew Charter (Australia) and Vincent Vanasch (Belgium), all of whom stand over six feet, are some of the best in the game.

However, height alone does not determine the capability of a goalkeeper, says Harte.

In a one-and-half-hour live chat with fans via the Malaysian Hockey Confederation (MHC) Facebook page on Friday, Harte shared that while height mattered, it was his style of play that sets him apart from the rest.

The 32-year-old, who was voted the best goalkeeper by the International Hockey Federation (FIH) in 2015 and 2016, is popular in Malaysia, having played for Universiti Kuala Lumpur (UniKL) in the Malaysia Hockey League (MHL) for the past four years.

Standing at 1.96m, he has featured for Ireland 215 times since 2006, helped UniKL to win the league, Charity Shield and overall Cup treble in the MHL in February. 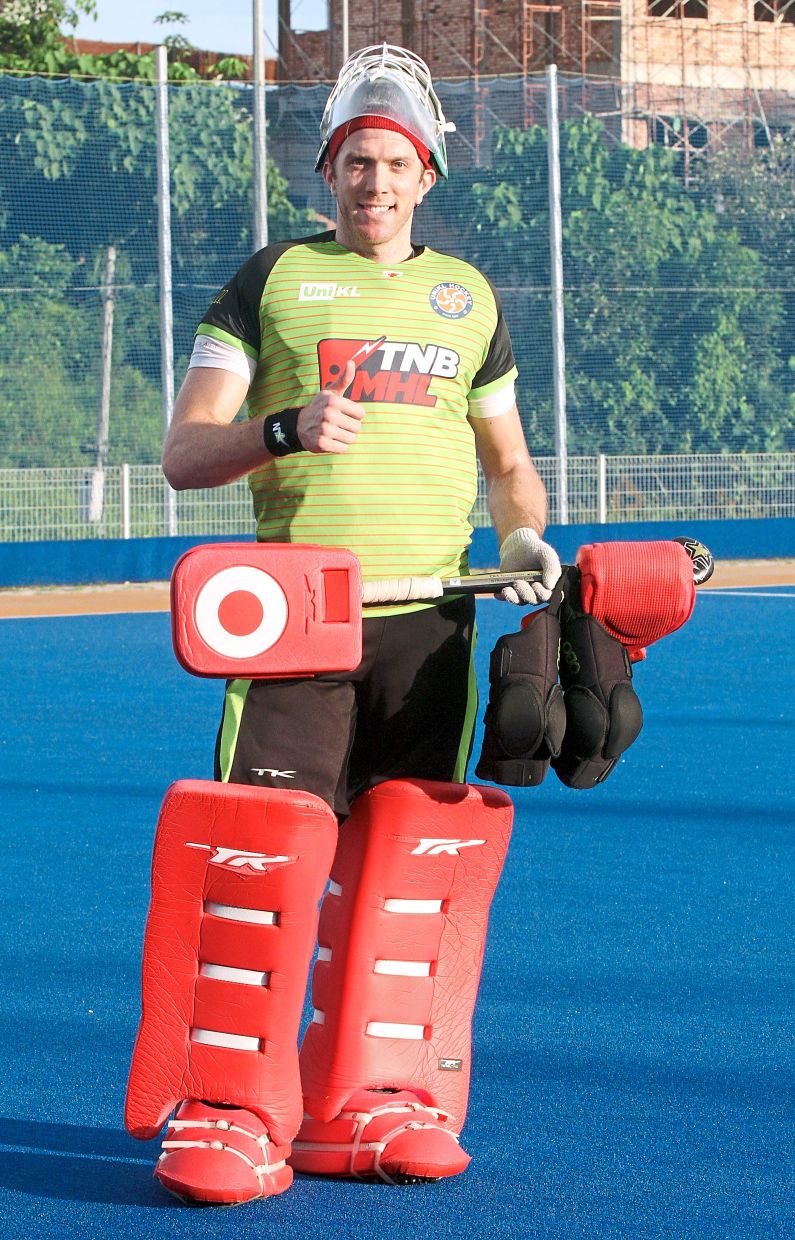 “A goalkeeper’s body does not need to be a specific type. One has to use his attribute to the best of his ability. I do use my height, but I have speed too, ” he said during the chat, which was moderated by his UniKL coach Arul Selvaraj.

“You need to have strength and power behind those limbs. To me, goalkeepers around the world have their own styles, and I have mine.

“It’s about having your own flair, how you move, how you slide. You repeat them over and over to get to your best shape. Goalkeeping is a specialised position, and you need hours of training to be good at it.”

Harte attributed his rise to coaches like Nigel Henderson and Martijn Driver as they have worked on his strengths and allowed him to be himself on the pitch.

Former national goalkeeper S. Kumar, who was also part of the live chat, said he relied on discipline and technique to become one of the best in the world. He has represented Malaysia 323 times over two decades from 1999-2019.

The Tampin-born player was voted the best player in Asia in 2010 and has also won the best keeper award in the Asia Cup in Chennai in 2009 and in the World League Semi-Finals in London in 2017.

“Reflexes and concentration are essential. Whether you are tall or short, if you have those traits, you can go far, ” said the 1.79m-tall goalkeeper.

“A good goalkeeper will give confidence to the team, and I try to instil that. I was able to perform at an elite level for a long time, even until my 40s because of discipline. I do not smoke, drink, and always keep myself in shape, ” added the 41-year-old, who will be part of the national junior hockey coaching team.