PETALING JAYA: The national hockey team are clear with their objective in 2021 – to qualify for the final of the Asia Cup.And the reward? A spot in the World Cup.

The continental quotas will be filled based on the final rankings at the relevant 2021 continental championships.

“We have to make sure we are in the Asia Cup final or to finish among the top three, ” said Subahan.

If hosts India, considered the highest-ranked team in Asia, emerge as the champions, then the second and third ranked teams get to qualify together with India for the World Cup.

“Once competitions resume (after the Covid-19 pandemic), we would look to garner as much ranking points as possible too. To be safe, we need to be in a comfortable position. I was told that the Champions Trophy could happen this year, so we shall wait and see.”

Rankings points will be crucial if a country cannot qualify through the continental cups. Five spots would be available in the other qualification event in March 2022.

When asked whether Malaysia could seal the World Cup ticket at the Asia Cup, Subahan said he believed in MHC’s succession plan.

“It is a good succession plan, as we have roped in a lot of youngsters for exposure. They have played in top matches, and will only get better.

“Right now, there is no vacuum because we have players to take over from the senior players. Players aged 17 and 18 have been given the opportunity to feature in the squad.

“Former international S. Kumar is a good example. We could have relied on him for another two years but what then? Instead of depending on Kumar, we decided to focus on the younger players. Then, we roped in Kumar to assist the boys.“

Subahan said people wanted instant results and success, but he preferred the Malaysian fans would look at the bigger picture.

“We do not want to just be results-oriented, but also to look at exposure in the next two years. We have a four-year plan, which is to qualify for the Olympics in Paris and also assert our dominance in Asia and the world, ” he said. 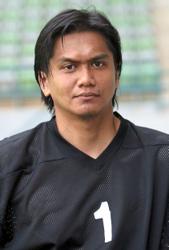 Spirited but rusty – players struggle to get back to the grind 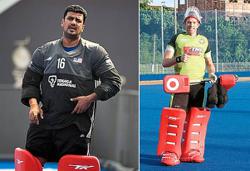 Show must go on, with or without Oltmans