KUALA LUMPUR: Goalkeeper Mashitah Abdul Khalid was down in the dumps when no team wanted her services in the National Women’s Hockey League in January. It was all the more disheartening because she had helped Selangor win the Razak Cup title last August.

But she’s all smiles again now. The 20-year-old player was called up for national junior training in March for the Junior Asia Cup in Kakamigahara, Japan, which was scheduled for April but has since been postponed.

Mashitah was on cloud nine for receiving her first ever call-up for national training.

“It was a dream come true for me as I always wanted to play for Malaysia. I will fight to win a place in the national junior team,” said Mashitah, who also helped Petaling Jaya City Council (MBPJ) Black Widow to win the Malaysian Junior Hockey League (MJHL) league title last May.

The MBPJ team also finished as runners-up to Tunku Mahkota Ismail Sports School (SSTMI)-PKS for the overall cup in MJHL.

“I believe I was called up for national junior training despite not playing in the National Women’s League this year because there are only a few good women goalkeepers in the country.

“I want to be one of two keepers selected for the junior meet, which is the qualifying tournament for next year’s Junior World Cup (in Potchefstroom, South Africa),” said Mashitah.

Zaila played for Malaysia in the Indoor Asia Cup in Chonburi, Thailand last year while Mardiana is a newcomer in the team.

Mashitah, whose idol is national No. 1 keeper Farah Ayuni Yahya, took up the sport when she was 12 because of her parents’ encouragement.

“But I started playing as a goalkeeper because of Farah.” 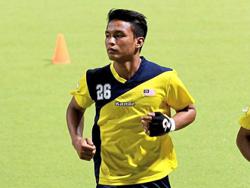 Najmi has heavy task in finding his penalty corner touch