Razak Cup may be on as planned, post Covid-19

KUALA LUMPUR: The annual Razak Cup hockey tournament, scheduled from Aug 21-29, could be the first sports event to be held as scheduled, post the Covid-19 pandemic.

“I had a meeting with my committee and believe that the men’s and women’s tournament, which has been on our calendar since the beginning of the year, will go on as planned.

“We will invite all states to take part in the annual tournament soon and we hope a state can host the tournament in August.

“We, however, need to get the approval of the Youth and Sports Ministry and also the National Sports Council (NSC) first, said Anil Jeet, who is also the MHC vice-president.

Last year, the tournament was held in Bukit Jalil and a total of 14 men’s team took part – eight in Division One and six in Division Two – while eight teams took part in the women’s competition.

Melaka were the men’s champions while Selangor lifted the title in the women’s division.

Anil Jeet said they also planned to organise the Malaysian Junior Hockey League (MJHL) – which had been supposed to start on March 25 – around the end of September and complete it in a month.

“With the Sijil Pelajaran Malaysia (SPM) examinations postponed to next year, all players who were supposed to sit for the examinations, will be able to play in the Under-19 league,” said Ani Jeet.

A total of 22 teams were supposed to feature in the boys’ MJHL – 10 in Division One and 12 in Division Two. 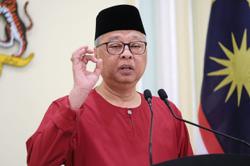 Caught in a spot