The root cause: The hockey team’s failure to qualify for the Olympics led to the MHC not extending the contract of a number of coaches.

PETALING JAYA: Coaches who have not had their contracts renewed by the Malaysia Hockey Confederation (MHC) have been told to be patient, as a new four-year cycle is now beginning.

“I have told everyone that this is not an issue at all, ” said president Datuk Seri Subahan Kamal.

“In any coaching set-up, you have a four-year cycle. That has ended, and the new board will ring in the changes, ” said Subahan.

“Why worry? If you are good enough, you will surely be considered. The interview process is for everyone, including those whose contracts were not renewed.”

Subahan was not at all pleased with women’s coach K. Dharmaraj Abdullah who said the decision to let the coaches go was puzzling.

He had some words for coaches, who were not happy with the move.

“No coach has the right to say he or she is the best. That is up to the management to decide.

“If any coach think they are above the management, then please, by all means, go look for another country to coach.”

“For two months, there won’t be any national duties, and these coaches can sign for Malaysia Hockey League (MHL) clubs. In the meantime, I ask them to be patient and calm, ” clarified Subahan.

The others involved in development such as Tai Beng Hai, Yahya Atan and S. Velappan are also in the list.

The decision came in the wake of the Malaysian men’s team’s failure to qualify for the Tokyo Olympic Games last month.

Subahan said a committee led by him would be formed to look for coaches to fill the national, women and junior team positions.

The plan is to fill up the coaching positions by early March, subject to the approval of the National Sports Council (NSC).

He said the committee would comprise ex-internationals, the NSC director-general, reporters who cover the game and other officials from MHC.

“We will put on our thinking caps and see who is the best. Coaches whose contracts were not renewed should not see this as an issue. We must give the new board a say in the new coaching set-up.

“Mind you, even (national) coach Roelant’s (Oltmans) performance will be reviewed after next year’s Sultan Azlan Shah Cup. This is normal in any sports organisation.

“The committee will value good work over anything.

“After the hockey league, we will regroup and see what is best for our nation’s hockey.

“We also have to look at the financial situation when hiring coaches.” 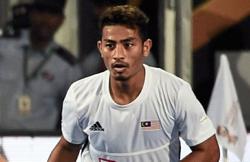