The three-time Olympian posing for a shot at the National Hockey Stadium in Bukit Jalil in April.

KUALA LUMPUR: One of the traits of being a good leader is to lead by example.

This adage is best epitomised by former national hockey great Datuk Seri N. Sri Shanmuganathan – a player who was deservedly bestowed the honour of skippering the Malaysian team during his heyday in the 1970s.

Shanmuganathan first became Malaysia’s skipper at the age of 23 when he was given the mandate to lead the team in the 1970 Asian Games in Bangkok. Malaysia finished a creditable fourth place.

That, as they say, marked the beginning of an illustrious career in Malaysian hockey annals. He continued to wear the captain’s armband at the Olympic Games in 1972 (Munich) and 1976 (Montreal). Malaysia finished eighth on both occasions and the results stand as Malaysia’s best finish in the Olympic Games to this very day.

Looking back at his halcyon days, Shanmuganathan vividly remembers one important factor – and that is being a leader is a selfless role.

“If someone were to ask me if I wanted to be a captain, I would reply that I’d rather be a player,” said Shanmuganathan with a smile.

“It’s not about honour and fame, to me, it’s about a huge responsibility. My utmost concerns were always about my players, their well-being and their performance.

“Being a player is much easier because I only need to worry about myself, my fitness and health.

“As captain, however, my mind was always on how to motivate my players to ensure they gave their best whenever we stepped onto the field.

“There were times when my players were medically unfit and I had to make sure that they were taken care of. This gave me sleepless nights.”

After a poor outing at the 1973 World Cup in Amsterdam where Malaysia finished 11th, Shanmuganathan did the honourable thing – gave up the captaincy. 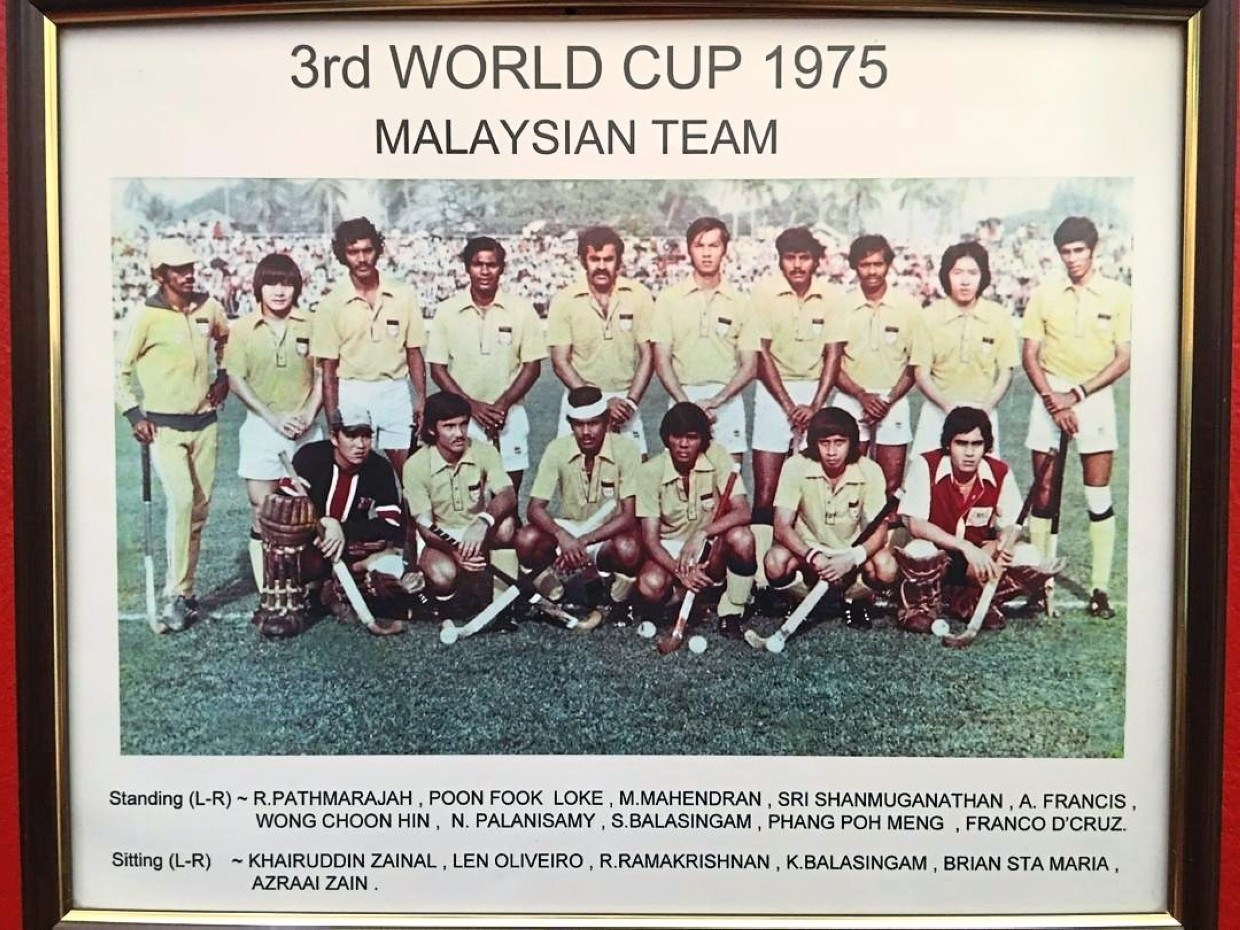 One for the album: Picture of the Malaysian hockey team who finished fourth, the best ever result, in the 1975 World Cup in Kuala Lumpur.

But that did not last very long because the then Malaysian Hockey Federation (MHF) deputy president Sultan Azlan Shah gave the directive to Shanmuganathan to resume his duty as the captain for the Kuala Lumpur World Cup in 1975.

“It was at this point that a suggestion was made for Ho Koh Chye to be appointed as a coach, while players like Franco De Cruz, A. Francis , S. Balasingam, Phang Poh Meng and Harnehal Singh were recalled.”

The last three – Balasingam, Poh Meng and Harnehal had retired after the 1972 Olympics.

“Only Harnehal turned down the invitation and just like that we had a formidable team,” he said.

“I still remember when I was asked by a reporter to predict what position we would finish, and without hesitation I said fourth and the rest is history.

Malaysia finished fourth after losing 0-4 to West Germany and surprisingly, no other Malaysian team have surpassed that top-four finish to date. For the record Malaysia lost to India 2-3 after extra time in the semis. India went on to beat Pakistan 2-1 to emerge world champions.

Were there challenges as a captain?

“Of course. Leading a team is never easy because every player has his whims and fancies,” he said.

“When we travelled overseas the focus of the players shifts due to a new environment. Thus, players had to be reminded that their main purpose was to train and prepare for the upcoming matches.”

Sri Shan, as he is fondly known, always encouraged his players to think big too.

“SEA Games was never a yardstick for the team’s success. I’ve always aimed higher and the goals were qualifying for the World Cup and Olympic Games. This is where the best level of hockey is played and that is where I wanted my team to reach.” Shanmuganathan retired from international hockey after three World Cups and three Olympics to join United Asian Bank as a security manager and even started a hockey team during his time there.

He then dabbled with coaching for a year when he helmed the national team from 1987-1988.

Over all these years, he has always believed in one key principle.

“The players and officials will come and go but Malaysia and hockey will remain,” he said.

“We must respect the flag and country. The loyalty to the country is when one rises to meet the need when the nation requires one’s services. And our duty is to give our best because the pride of the country is at stake.

“There were times when I played through pain and injury because the country needed me and I wanted to make my fellow Malaysians proud.

“And we must never, never, do anything that may bring disrepute to the country.”

Shanmuganathan showed self-discipline, hard work and passion in what he did. He is truly and undeniably a luminary to everyone. 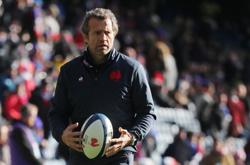 France team to face Ireland in the Six Nations 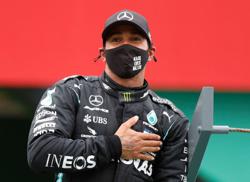