(Reuters) - British Gymnastics has launched a new action plan, including the reporting of banned coaches, to provide a safe environment for its athletes following a damning report that uncovered a culture of abuse in the sport, the governing body said on Tuesday.

The Whyte Review, published in June, showed that British gymnasts were subjected to widespread physical and mental abuse in a system where such behaviour was condoned in the pursuit of national and international success.

The new 40-point action plan aims to reform the sport over the next two years to "create safe, positive and fair experiences for all in gymnastics".

A list of banned coaches will be published on the British Gymnastics website with the promise of "zero tolerance of abuse of any kind - whether that be emotional, physical, or sexual".

"Reform '25" would also allow parents and gymnasts to have a greater say in matters related to training and create a new generation of coaches to break away from past practices.

"Through Reform '25, we must seize this opportunity and make the care of everyone involved in gymnastics as important as our focus on developing participation and performance," said British Gymnastics Chief Executive Sarah Powell.

"We've got things wrong in the past and change must start with us. We've already made progress but there's still much more to do."

The Whyte report, which examined over 400 complaints, found that British gymnastics suffered from a cultural problem where young athletes were shamed for their weight while others were handed harsh punishments for the slightest mistakes in training.

The review was commissioned by UK Sport and Sport England in August 2020 following allegations of mistreatment within the sport in Britain.

"We welcome today's report and acknowledge that though there is no quick fix to the challenges facing the sport of gymnastics ... these are important first steps on a long-term journey of change," Sport England CEO Tim Hollingsworth and UK Sport CEO Sally Munday said in a statement. 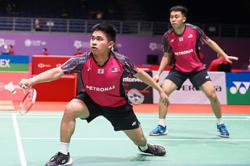 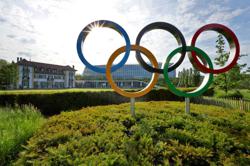