No horsing around: Fu Jie won gold in the pommel horse during the 2019 SEA Games in the Philippines.

PETALING JAYA: They say age is just a number and that phrase holds true for Tan Fu Jie.

The 25-year-old gymnast is the oldest in the national men’s artistic team but believes his mind, body and soul can go on competing well into his 30s.

And proof that age is not a deterrent is when the lanky gymnast watched the likes of Japan’s Kohei Kameyama, 32, France’s Samir Ait Said, 31, and Romania’s Marian Dragulescu, 40, competing at the Tokyo Olympics.

“I believe I have what it takes to emulate them. I’ve told myself that before I retire, I must win some notable international accolades.

“Whether it’s the World Cup, World Championships, Asian Games or Commonwealth Games, I want to win something,” he said.

“If it’s not the all-around, a medal for any of the apparatus, especially pommel horse, would be great.

“Obviously, when you get older, you would choose the number of disciplines that you want to take part in, but the will to succeed is always there.”

But in order to realise his dream, Fu Jie must first make sure he is in top condition.

“I went for a hip surgery last year and it took me quite a while to recover from it. Now, I’m just making sure that my body is in good shape.”

The 2019 SEA Games champion in the pommel horse participated in the World Cup (Melbourne) in March last year and finished fifth with 13.400 points.

Fu Jie revealed that although the current camp-based training has been stressful, he has no choice as it’s for the best in this uncertain times.

“Imagine holed up in one place. Basically, it’s just training and then back to your hostel. It does get to you, but we all know this is what we have to go through.

“Meanwhile, you just got to continue training and pray for the best.

“Hopefully before the big games, we can take part in a few events next year to keep ourselves in competitive mode.” 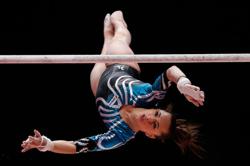 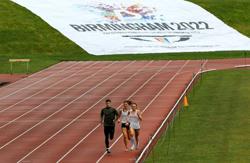