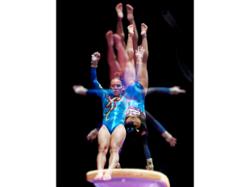 But six years down the road, the 37-year-old Shu Wai has proven to be one of the more successful local coaches in the country.

Shu Wai, who works together with another coach Natalia Sinkova of Russia in the team, will be leading top artistic gymnast Farah Ann Abdul Hadi to the Olympic Games in Tokyo in July.

She came close to qualifying in the 2016 Rio Games too but missed it by a small margin.

Having competed in every multisport Games – from SEA Games, Asian Games, Commonwealth Games to Olympics, Shu Wai said his past experience as a gymnast had made it easier for him to relate to his charges.

“I’ve gone through a full circle as a gymnast. I’ve won a medal in every Games except for the Olympics. It’s my job to help my charges achieve the same dream as a coach and get them to do even better, ” said Shu Wai, who competed at the 2004 Athens Olympic Games.

He has won many medals at the SEA Games but the memorable ones include a silver medal at the 2016 Asian Games in Doha in vault and also another silver in the men’s floor exercise at the 2006 Commonwealth Games.

He still remains as the last Malaysian to win medals in these two Games.

“To entrust a local guy with the national team is one thing, but to hand over the responsibility to rebuild the women’s artistic is another thing. I took it as a challenge, and I’m really enjoying it, ’ he said.

“I’ve a good bunch of gymnasts. They have the potential to win medals at the Commonwealth and Asian Games, they will just have to believe in themselves.

“There are few good ones in the juniors ranks too but we will wait for them to join the senior group.”

Over the last few years, one of the main things that Shu Wai has done, is to reduce the amount of interference in training of the athletes.

“Gymnastics used to be embroiled in controversies, I know, I was in the set-up before. I’m not perfect too, I’ve made some mistakes as well, ” he said.

“All these past experiences have made me wiser. I want gymnasts to worry only about their training programme and nothing else.

“With minimal distractions, the gymnasts will give their undivided attention in training. We have a new leadership in the MGF (Malaysian Gymnastics Federation) who are very supportive too.

“The gymnasts are all back in training in Bukit Jalil (under quarantined approach). Our focus is getting Farah ready for the Olympics and preparing a solid team for the SEA Games, ” he added. 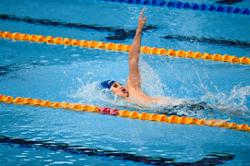