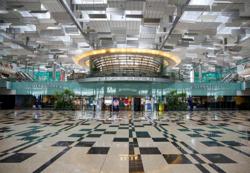 PETALING JAYA: The future SEA Games gymnastics competition will have to follow the rules of the International Gymnastics Federation (FIG).

This is the assurance given by FIG president Morinari Watanabe after national rhythmic gymnast Izzah Amzan became the victim of poor ruling at the last SEA Games in the Philippines. In a latest twist of event, Izzah has been relegated to silver medallist again after she was declared joint winner with Koi Sie Yan in the ribbon event at the Games.

The 19-year-old was initially relegated a day after winning the gold in the Philippines but was then reinstated after protest made by chef de mission Datuk Megat Zulkarnain Omardin.

The SEA Games ruling allows for joint winners but the FIG do not – but the technical delegate chose to follow the governing body’s ruling at the Philippines Games.

Malaysian Gymnastics Federation (MGF) president Rachel Lau is baffled over the Philippines South-East Asian Games Organising Committee (Phisgoc) failure to make a stand but is happy that the international body are stepping in to solve the issue.

“Watanabe has informed us that Izzah’s gold in ribbon is for Malaysia to keep, but in the future, all SEA Games and FIG rules will be uniformed, ” said Rachel.

“A formal investigation is also ongoing as FIG want to look into the inconsistency in judging.”

Rachel, who has been critical over judging at the last SEA Games, took a dig at Phisgoc.

“This is disappointing, given that it reflects poorly on sportsmanship and spirit of the Games, ” she said.

But it is learnt that several top officials from Malaysia were aggressive towards a Filipino gymnast and her coach. In fact, Gymnastics Association of the Philippines president Cynthia L. Carrion had approached Youth and Sports Minister Syed Saddiq Syed Abdul Rahman to ask for an apology over the incident.

Gymnast Fu Jie hopes for normalcy as he misses competition
Sharul stays positive despite a string of injuries
Gymnast Izzah all pumped up for online meet
All under control for gymnasts after good response to test
Farah can’t beam with pride until she gets the balance right
Ing Yueh will be where she belongs soon – at the top
Farah glad to be ‘Barbie’ who inspires girls to achieve their dreams
Olympics: Organisers say fears of virus banished by success of test event
Gymnasts in Tokyo show how Olympics can pass coronavirus challenges
'Not like prison' – gymnasts content with COVID restrictions before Tokyo test