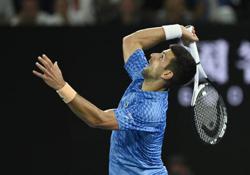 MELBOURNE (Reuters) - Cameron Smith's victory lap of his home nation continues this week at the Australian Open in Melbourne where the men's and women's events will be held simultaneously in a world first.

Fresh from winning his third Australian PGA Championship on Sunday, British Open champion Smith is favourite to win a first Stonehaven Cup on the return of the national Open after COVID-19 wiped out the last two editions.

Smith has already won five titles across circuits in a break-out season, but the mullet-haired 29-year-old has long coveted his country's most prestigious golf trophy and wants to sign off the year in style.

"I haven't won one of these yet and this has been on my radar now for a long time," Smith told reporters on Tuesday.

"I've been close a few times and haven't quite got it done, so no better week than to win one in Melbourne."

Smith's high-profile switch to the Saudi-backed LIV Series for a reported $150 million drew criticism from some pundits and fans, but he has enjoyed a warm reception on his first trip home after three COVID-blighted years.

The Brisbane native soaked up the cheers of home fans at Royal Queensland on Sunday, claiming the A$2 million PGA Championship by three strokes.

He will again be the main drawcard at the Australian Open, which will spill across Victoria Golf Club and Kingston Heath, two of the courses on Melbourne's 'Sandbelt'.

The tournament, co-sanctioned with Europe's DP World Tour, has a rich history, with Rory McIlory and twice winner Jordan Spieth among the champions over the past decade.

Smith missed out on the 2016 trophy at Royal Sydney in a three-man playoff won by Spieth.

Smith's main rivals this week are likely to be local, though, with Adam Scott and Marc Leishman in the field.

New Zealander Ryan Fox, runner-up to McIlroy in the DP World Tour's 'Race to Dubai', will be keen to make amends after missing the cut in Queensland.

Apart from sharing in the A$1.7 million ($1.14 million) prize pot, the top three players not already exempt for next year's British Open will earn spots in the major at Royal Liverpool.

Home hero and world number four Minjee Lee headlines the women's event, which has equal prizemoney to the men's.

Accommodating the dual gender event has meant compromises. Both the men's and women's fields will be slashed to 30 players after the third round on Saturday.

Most players have been supportive of the concept, though, particularly the Lee siblings, whose paths do not normally cross on tour.

"Playing with Min Woo and being able to see him is really special to me," said Minjee Lee.

"Just being back in Australia I think is really cool." 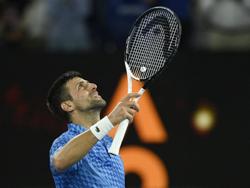