Golf-Australia to host LIV Golf event next April in Adelaide (Reuters) - LIV Golf announced on Sunday a multi-year commitment to bring league events to Australia starting next April at The Grange Golf Club in Adelaide.

The April 21-23 tournament at The Grange will be one of 14 events on LIV Golf League's 2023 schedule and will give fans a chance to see reigning British Open champion Cameron Smith and fellow Australians Marc Leishman and Matt Jones in action.

"This is an opportunity to grow the game with generations of Australians while connecting them with star players like Cameron Smith," LIV Golf CEO Greg Norman said in a news release.

"There is massive potential for Australia to play a bigger role in this great sport, and I couldn't be more excited to showcase Adelaide for our league's debut year."

The Grange was the site of former world number one Norman's first professional victory in 1976 and, among other events, hosted the Women's Australian Open in 2019 and 2016.

Consistent with the 2022 LIV Golf Invitational Series, which launched in June, LIV Golf League will feature simultaneous team and individual play, with golfers competing for an unprecedented $405 million in prize purses.

The full 2023 league schedule, to be released in coming weeks, will run from February to September and will not compete with golf's four majors, international team events or heritage events.

The Saudi Arabia-backed LIV Golf series has lured players with the promise of guaranteed, big-money paydays and a reduced schedule, while the U.S.-based PGA Tour has suspended members who opted to join the rival circuit.

Critics say LIV Golf, which is bankrolled by Saudi Arabia's Public Investment Fund, amounts to blatant "sportswashing" by a nation trying to improve its reputation tarnished by a history of human rights abuses.

(Reporting by Frank Pingue in Toronto; Editing by Bradley Perrett) 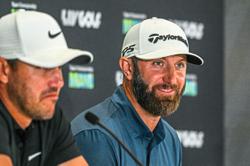