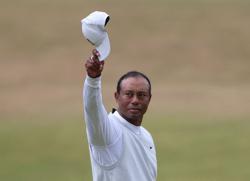 The 23-year-old won the PD Championship in Port Dickson by two strokes yesterday.

Shahriffuddin came out swinging with three birdies on the back nine to finish with a five-under 67 in the final round for a total of 12-under 204 that saw him taking home the winner’s paycheque of RM21,000 ahead of Sukree Othman.

Sukree finished two strokes behind on 10-under 206 after a three-under 69.

Shahriffuddin and Sukree started the day as the joint leaders together with Amir Nazrin Jailani on seven-under 137.

However, Amir only managed a one-under 71 in the final round to settle for joint third with Kim Leung Kwang, who had a two-under 70, on a total of eight-under 208.

Shahriffuddin saved his best for the last, notching seven birdies against two bogeys for his best score of the championship.

Shahriffuddin won the PGM Maybank Championship in March and went on to beat newly crowned SEA Games champion Ervin Chang by one stroke to take the PGM Kia Championship last month. Ervin, playing his first PGM Tour event as a pro, finished eighth on three-under 213 after a two-under 70. 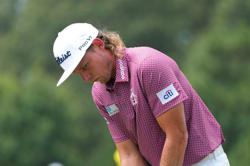 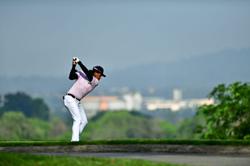