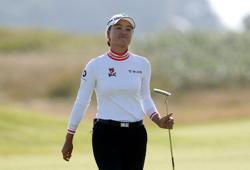 (Reuters) - Nelly Korda, who has been world number one longer than any other American, said on Wednesday she does not feel added pressure sitting top of the rankings.

Korda, who enters this week's Gainbridge LPGA in Boca Raton, Florida, as the defending champion, has held the top spot in the world rankings for 29 weeks, surpassing the 21-week run Stacy Lewis enjoyed in 2014.

The 23-year-old Korda, whose seven wins on the LPGA Tour include a major title at last year's Women's PGA Championship, said she does not spend much time even thinking about rankings but focuses instead on playing good golf.

"I try not to focus on being the number one player in the world because that's -- as bad as it sounds, it's a temporary thing, right?" Korda told reporters at Boca Rio Golf Club.

"What you're trying to focus on is being present out there, having fun, and enjoying the round."

Korda arrives in Boca Raton fresh off last week's season-opening Tournament of Champions where she began the final round with a one-shot lead but closed with a three-over 75 in chilly and rainy conditions to finish in a share of fourth place.

At last year's Gainbridge LPGA, which was held at Lake Nona Golf & Country Club in Orlando, Korda won by three strokes to secure her first victory on American soil.

Korda said it may be tough to draw on the good vibes from last year's win given it came on a different course.

"I'm just going to embrace it and see where it takes me." 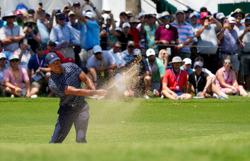