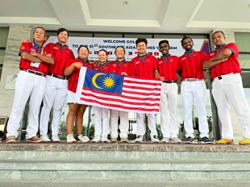 Ashley is up to a career best 49th in the world.

FOR the first time Malaysia has two players in the top-50 of the World Amateur Golf Rankings and, three in the top-100.

In the revised rankings issued jointly this week by the R&A (Royal & Ancient) and the United States Golf Association (USGA) – the two world governing bodies of the sport – Ashley Lau moved four places up to a career best 49th to join Natasha Andrea Oon in the top-50.

Natasha herself climbed five rungs up the ladder to her personal best 39th in the world.

And while these achievements might not seem all that significant to some, this are indeed a good barometer of the progress being made by the young ladies.

The biggest mover in the Malaysians segment was Jeneath Wong, who shot 48 places up the standings to 65th in the world.

The Melbourne-based scholar, who won the Women’s Australian Master of the Amateurs by five strokes at Victoria Golf Club last week, is now also sitting on a career-high.

The men’s and women’s World Amateur Golf Rankings are based on a player’s average performance in Counting Events over a rolling cycle of the previous 104 weeks (two years).

Audrey Tan Wei Yen also moved to a career-high after she climbed to 197th this week, joining Liyana Durisic, who is 155th, as the other Malaysians in the top-200 of the world.

There were no real big changes in the men’s rankings where Khavish Varman Varadan remained top of the Malaysian list at 168th, while Ervin Chang was 317th. 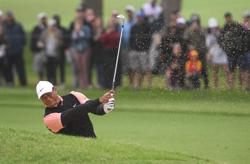