SUN CITY, South Africa (Reuters) - Home players Oliver Bekker and Neil Schietekat both carded seven under-par rounds of 65 for a share of the lead after the opening day of the 111th South African Open at the Gary Player Country Club on Thursday.

They hold a one-shot lead over compatriots Bryce Easton and Lyle Rowe in a field of 156 mostly local players that has been decimated by withdrawals following the international travel chaos caused by the discovery of the Omicron COVID-19 variant last week.

That led to the tournament losing its status as a European Tour event and the prize money slashed to $500,000. It is being played under the banner of the local South African Sunshine Tour.

The South African Open is golf’s second-oldest national championship, having first been played in 1893. 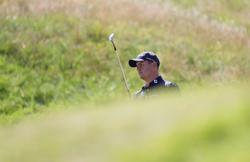