Alyaa and Audrey fall in US tourney

PETALING JAYA: Malaysia’s Alyaa Abdulghany fell short in a bid to end her already illustrious amateur career with a flourish.

The 22-year-old’s challenge in the US Women’s Amateur Championship title came to an end after she was eliminated in the Round of 64 of the match-play stage at the Westchester Country Club in Rye, New York on Wednesday.

The sixth-seeded Alyaa lost 1-up (one hole) to 59th seed American Kailie Vongsaga.

The defeat shattered Alyaa hopes of winning the prestigious title in her fifth try after coming close to a historic triumph last year.

She lost to eventual champion Rose Zhang in the semi-finals to finish third last year.

Alyaa is expected to turn professional having recently graduated from the University of Southern California, where she enjoyed a stellar four-year collegiate golf career.

Alyaa was ranked as high as No. 24 in the World Amateur Golf Ranking.

Alyaa, who started representing Malaysia only in 2019, was born in Johor and moved to Newport Beach, California, with her family when she was six.

It was also the end of the road for Malaysian debutant Audrey Tan in the same event.

The 52nd seed also lost narrowly 1-up to 13th seed Aneka Seumanutafa of the United States. 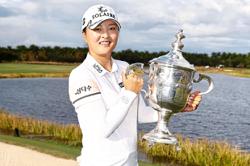