Gavin Kyle Green of Malaysia in action during the second round of the Maybank Championship Malaysia at Saujana Golf and Country Club. AZHAR MAHFOF/The Star(2/2/2018)

Without a tournament to play in last week, the 27-year-old faced an anxious wait to find out if he was able to cling on to a top 60 spot in the International Golf Federation (IGF) men’s Olympics Ranking when the qualification cut-off was made yesterday.

Fortunately, he dropped just one rung to finish the three-year qualifying period in No. 58.

Gavin could have qualified with ease if the Tokyo Games were to be held as scheduled last year, as he was placed as high as No. 48 prior to the qualifying period being extended for another year due to the Games’ postponement.

But Gavin’s form on the European Tour has dipped drastically since late last year, causing his position to drop near the cut line with several weeks remaining before the deadline.

“Sure I was worried,” said Gavin, who competed in the Rio de Janeiro Games five years ago.

“There were quite a few players behind me who were playing last week and I didn’t have a tournament to play in.”

With a second successive appearance in the bag, Gavin wants nothing more than to capitalise on the rare opportunity to represent the country in a multi-sport Games.

He will be aiming to improve on his 47th placing.

“I played in the Rio Olympics and I loved the atmosphere,” said Gavin, the 2013 Myanmar SEA Games silver medallist.

“As professional golfers, we don’t have much of an opportunity to play in such a Games. The atmosphere is totally different (than playing on Tour) and I really look forward to it.

“Though I believe it would be somewhat different in Tokyo due to the pandemic restrictions, it is definitely an honour to represent the country and I hope to do Malaysia proud.

“Playing in the Olympics is definitely a feather in the cap.”

Gavin will be joined by Kelly Tan at the Olympics, who’s set to be confirmed as one of the 60 competitors in the women’s competition next Tuesday.

Kelly is placed 41st in the women’s Olympics Ranking.

Fresh off a week of training sessions with coach Chris O’Connell in the US, Gavin will be hoping for better fortunes when he returns to the European Tour to tee off the BMW International Open in Munich, Germany, tomorrow.

He will also compete in the Irish Open next week (July 1-4) and Scottish Open (July 8-11) before heading to the Tokyo Games.

Gavin is desperate for good outings in Europe after struggling to impress in the first half of the season.

He’s currently ranked a lowly 206th in the Race to Dubai standings.

Gavin needs to finish in the top 115 to retain his card for the next season. 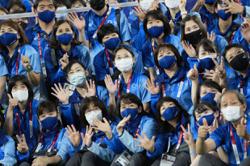 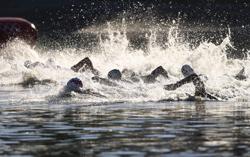