PETALING JAYA: Kelly Tan’s journey in the US Women’s Open at the Olympic Club in California was short-lived after she missed the cut.

After a horrendous first round where the 27-year-old shot eight bogeys to card an eight-over 79, Kelly did much better in the second round at the CordeValle Golf Club in California but it wasn’t good enough.

She had three bogeys and shot one birdie to score a two-over 73. In total, Kelly scored 10 over 152, which was nowhere near the cut-off point of six-over 148.

This was her fourth appearance in the Open. Her best finish was tied 32nd.

She also missed the cut in two other outings – her debut in 2014 at the Pinehurst Resort in North Carolina and last year at the Champions Golf Club in Texas.

Though it was not meant to be in the US Open, she can look forward to other tournaments in her quest to make the top 80 on the LPGA Tour Money List and secure a top priority category for next season.

She will be taking part in five other competitions - the LPGA Mediheal Championship in California (June 10-13), Meijer LPGA Classic in Michigan (June 17-20), Women’s PGA Championship in Georgia (June 24-27), Volunteers of America Classic in Texas (July 1-4) and Marathon Classic in Ohio (July 8-11). 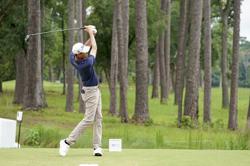 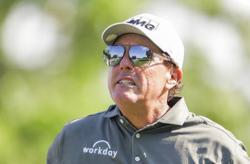