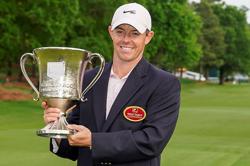 The rescheduling of the 2020 Masters was forced upon the hierarchy of Augusta, the custodians of the tournament – and traditionally the first Major of the season – by the Covid-19 pandemic. This week it has rightfully been re-positioned to take its place in the first full week of April, the beginning of spring in the Northern Hemisphere.

In the world of golf, the Masters generates its own aura, something special in the game and certainly something special to the player who finishes top of the leaderboard on Sunday and gets to don the famous green jacket awarded to the winner each year.

If Johnson wins again this week it will still be a special feeling. Ask Tiger Woods. He won multiple green jackets and enjoyed all of them similarly.

Woods, however, will not be in the field this year. The 14-time Major champion, who won the last of his five Masters titles in 2019, is recovering from injuries sustained in a car accident in February.

Johnson, despite an uncharacteristic run of average performances recently, has nonetheless been installed as the favourite by many to win again this week.

He is expected to be pushed hard though, by the big-hitting 27-year-old Bryson DeChambeau, who has “excited” golf again, and Justin Thomas, who so eloquently carved out victory at the Players Championship a fortnight ago.

Also on the shortlist of Johnson’s pursuers, eager to relieve him of the Masters title, are Spaniard Jon Rahm, two-time Masters winner Jordan Spieth and Northern Irishman Rory McIlroy, who will be seeking to achieve a career Grand Slam of all four Majors.

There are a few other names that have been thrown into the hat and perhaps should not be too quickly discarded. These include world number four Collin Morikawa, Xander Schauffele – a player still in search of a maiden Major title, 2018 champion Patrick Reed and world number 10 Patrick Cantlay.

A lot has been made recently of whether or not players should tee it up the week before the Masters. But in essence, this is all down to the player himself and just how well, or not, he performs that week.

Johnson, a 24-time PGA Tour champion, has opted to skip the Valero Texas Open that ends today. He withdrew from the event played on the Oaks Course of TPC San Antonio last Monday and said he planned “to spend the week at home in preparation” for the Masters.

Given his record-setting 20-under 268 total at Augusta National last November, the best total to par in any of the four Majors, and his comprehensive five-stroke margin of victory, it is hard to look past Johnson for a winner. His all-round skills set looked like something made for the Masters the last time he was here.

On that occasion, he shed a tear of joy in celebration. If he claims victory again he might not become as emotional again, but he will almost surely enjoy it all the same.

DeChambeau’s swashbuckling style of play, built around those monster drives and a subtle short game, is what really got the game of golf buzzing again.

Coming off his maiden Major win at the US Open last September, by his standards, did not deliver at the Masters.

But he has shown some good form since. Indeed, he won the Arnold Palmer Invitational last month and finished in a tie for third at the Players Championship.

He will be expected to contend again – when things matter the most at Augusta National. A pairing in the last flight with Johnson, coming down the home stretch on the last day with the green jacket on the line might well be something to behold. It is definitely something many wish for.

There will be others who wish that Thomas replicates the form from the Players Championship. With just one Major to his name to date, many feel he has a lot more in him than that.

The 14-time PGA Tour winner certainly has the temperament of a big game winner and another solid showing here at Augusta National could do the trick.

The odds on Spieth winning a second Masters have shortened recently on the back of signs of him returning to the sort of form that saw him win the Masters and the US Open in 2015, and then the British Open in 2017. If he can get somewhere near that form he might yet have a crack at more glory here next weekend.

Of the others tipped, Schauffele looks a real decent call. He is one of those players without a Major title, but has the game to win on the big stage. He proved that with victory at the Players Championship and the World Golf Championships HSBC Champions. He also finished runner-up in another WGC event.

But despite all the hype, it will be Johnson who will be the man to beat at the Masters this week, one would think. 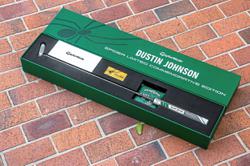