Johnson upbeat ahead of Masters

Dustin Johnson will go to Augusta National as the defending Masters champion. – AFP

WORLD number one Dustin Johnson might not have done much to impress since his triumph at the Saudi International last month, but he remains confident of doing well at the US Masters next week.

Johnson, who won his second Major title with his first Masters Green Jacket at Augusta National Golf Club in Georgia last November, said his game was in “pretty good” shape despite lackluster showings in the two outings that followed, the

Speaking during a Masters conference call and ahead of the WGC-Dell Technologies Match Play at Austin Country Club this week, where he was installed among the favourites, Johnson said: “I feel like it’s really close. At the Players Championship I felt like I played pretty good – I just made a lot of mental mistakes, just a little bit of everything.”

The 36-year-old shot a record breaking 20-under-par to win the Masters in November – the best score in relation to par at any of the four Majors.

The 2016 US Open champion added: “My game is not quite where I would like it to be, but I’ve got plenty of time to get it back in order leading up to the Masters at Augusta.” 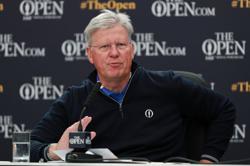 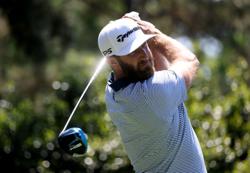