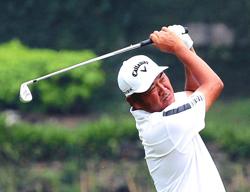 PETALING JAYA: Malaysian top professional golfer Nicholas Fung (pic) is hoping for some playing opportunities in the second-tier Challenge Tour in Europe to get his season off to a good start in May.

The 30-year-old’s eagerness is understandable as there have not been any competitions available for him with the status of Asian Tour and PGM Tour resumption remains unknown at this juncture.

Nicholas is also unable to play in the Japan Golf Tour as he had already lost his eligibility in the developmental circuit having not made a single appearance last year.

This has led Nicholas to switch his focus to Europe for now, where he can count on his management company P4M Golf Management, to secure him invitation into Challenge Tour events.

The Challenge Tour is set to kick off in April with three events in South Africa, but Nicholas has his eyes on the next three-event stretch in Czech Republic, Spain and Ireland starting in mid-May.

“Europe is my only option for now. My management company is helping me to get some starts in the Challenge Tour, hopefully it will come to fruition, ” said Nicholas, a one-time Asian Tour winner.

“There are a number of events lined up from May to July, so I can base myself there if I can secure enough starts.

“Otherwise I don’t know when I can start playing again. I was told that the Asian Tour will only make their announcement in June, while there’s also no updates from the PGM Tour.

“I really do hope the PGM Tour will restart soon once the Covid-19 situation gets better. The livelihood of local pros are severely affected by the pandemic, ” added Nicholas, who holds the distinction of having the most PGM Tour titles with 16 wins under his belt.

It was indeed a great move that he signed for the Swedish-based P4M Golf Management late last year.

Shortly after, Nicholas was able to play in his first tournament in eight months at the Golf in Dubai Championship, a European Tour event, in December. 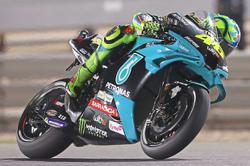