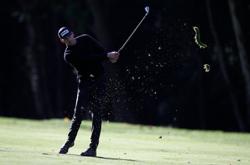 SWISS luxury watch maker TAG Heuer has announced the signing of Tommy Fleetwood as a brand ambassador who will represent their Connected Golf Edition.

The 29-year old Englishman has achieved huge international success as a five-time European Tour winner and a member of the victorious 2018 European Ryder Cup Team.

As the face of the golf watch edition, Fleetwood will be working closely with the TAG Heuer Connected team’s software engineers in Paris and lending his professional expertise to further develop the TAG Heuer Golf app and enhance the overall player experience of the app.

at the Johnnie Walker Championship at Gleneagles and finished in the top-50 on the Race to Dubai for four consecutive seasons before landing his second title at the Abu Dhabi HSBC Championship in 2017.

the world rankings and

finishing the year as Europe’s number one player.

He received the Seve Ballesteros Award (formerly the Players’ Player of the Year Award) in recognition of this.

runner-up in the US Open at Shinnecock Hills where he posted a final round 63 (at the time) the equal lowest round ever in a US Open and tied-second lowest score in the history of all four Major championships.

At the end of 2019, Fleetwood captured the Nedbank Challenge at Sun City in South Africa. One of the European Tour’s leading events, the Nedbank Challenge has long been called ‘Africa’s Major’ due to the difficulty of the golf course at the Gary Player Country Club and the consistently world-class field of players the tournament attracts. 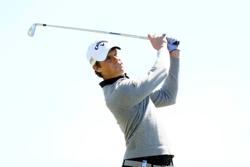 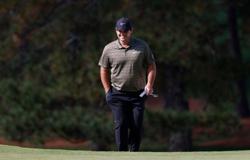 Tiger thanks golfers for red shirt tribute
McIlroy, Thomas to dress in red and black in honour of Woods
Nick hopes to start off season with good runs in three Euro tourneys
Stand bag inspired by Parsons himself
New hierarchy takes over
Puma appoints retailer for Malaysia, Singapore
Handy tips for holing out
Tournaments allowed in some states
Tiger Woods recovering, in 'good spirits' after follow-up procedures-tweet
Woods moved to new hospital to continue recovery