Gains made even without playing

DESPITE the absence of tournament golf, brought about by the Covid-19 pandemic, a few of Malaysia’s leading players have made gains in the World Amateur Golf Ranking (WAGR) released in midweek.

Although well down the order, seven of both Malaysia’s men’s and women’s top-10 climbed the ladder.

In the rankings headed by Japan’s Keita Nakajima and American Rose Zhang, the country’s top ranked Ervin Chang and Alyaa Abdulghany both slipped a spot to 266th and 34th, respectively.

The three biggest gains in Malaysia’s men’s top-10 were Marcus Lim, who moved to 495th with 721.7 average points after a jump of eight places, Zia Izzuddeen Rashid who climbed 10 spots to 579th and Nor Heikal Hadi to 609th. He moved up seven places.

In the women’s category Winnie Ng went up eight places to 309th with 790.4 average points, while Liyana Durisic made

The world amateur rankings, managed by the global governing bodies – the Royal & Ancient Golf Club of St Andrews and the United States Golf Association – are calculated from results of Counting Events around the world (as well as amateurs competing in certain pro tournaments).

The rankings are derived from the players’ average performances over a rolling period of two years, hence the adjustments in the rankings even when no golf is being played.

In their most recent communiqué, the WAGR applauded Takumi Kanaya’s first victory in professional golf.

Kanaya was awarded the Mark H McCormack Medal as the top amateur on the 2020 WAGR standings and then, at home, won the Dunlop Phoenix championship on the Japan Golf Tour in only his third pro tournament.

Kanaya had won a professional tournament before – when still an amateur he claimed the 2019 Taiheiyo Masters title.

Nakajima gave Japan more to celebrate when he moved to the top of the WAGR standings this week.

Nakajima became just the third player from Japan after Hideki Matsuyama and Kanaya to assume the world amateur number one spot. He did it when he finished eighth at the Dunlop Phoenix. 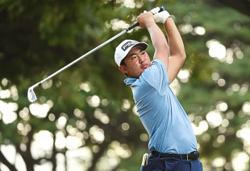