PETALING JAYA: Malaysian top golfer Gavin Green is determined to get back into the swing of things as he seeks a better outing at the Alfred Dunhill Championship this week. It was a week to forget for the 26-year-old as he finished with a tied-74th placing in Sunday’s Joburg Open, the first of his two-tournament schedule in South Africa.

Gavin shot 66 and 71 to be placed close to top-20 after the opening 36 holes but could not build on the solid start, struggling to a pair of 76 and 74 in the weekend.

He admitted the poor finish was due to his struggle with some adjustments made to his swing recently, which was meant to deal with his nagging wrist injury.

“Happy to have made the cut, though the last couple of days were not really one of my better performances, ” said Gavin.

“Trying hard to get used to the swing tweaks and executing it on the golf course.

“All I can do is to keep at it, to keep practising and to keep working smart to get better.”

Despite the disappointing finish, Gavin had jumped one spot to 41st in the season-long Race to Dubai standings.

Gavin, who’s accompanied by his father Gary, will head next to Malelane, about 400km from Johannesburg, to make his debut in the Alfred Dunhill Championship at the Leopard Creek Golf and Country Club.

The meet will be one of remaining two stops for Gavin in the regular season including next week’s Golf in Dubai Championship in United Arab Emirates (UAE). 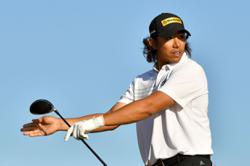 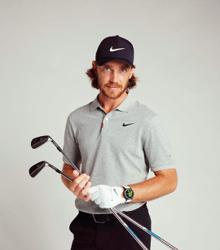