PETALING JAYA: The Professional Golf of Malaysia (PGM) Tour’s season-opening Glen-marie Closed Championship is set to be one thrilling affair.

That’s because the country’s top three golfers – Gavin Kyle Green, Ben Leong and Nicholas Fung – will be among those in action at the Glenmarie Golf and Country Club in Shah Alam next Wednesday.

The trio’s appearance will surely add sparks to the meet as their absences were sorely felt last year due to their respective commitments abroad.

Gavin, who plies his trade on the European Tour, made only one PGM Tour start in 2019 while Ben and Nicholas could only play five events back home because of their hectic Asian Tour schedule.

Gavin will be looking forward to a perfect warm-up at Glenmarie before returning to Europe in October.

The 26-year-old is back in the country for a short break after playing four of the six “UK Swing” events on the European Tour last month, where he impressed with a tied-eighth finish at the Wales Open and tied-11th ending at the Celtic Classic.

Up next for him is the Scottish Open in North Berwick from Oct 1-4 and BMW PGA Cham-pionship in Wentworth, England, from Oct 8-11.

As for Ben and Nicholas, both of them will be itching for action having last competed at the Malaysian Open in March.

The Asian Tour has been suspended indefinitely since then due to the Covid-19 pandemic.

Gavin, Ben and Nicholas can expect a stiff challenge from the likes of Amir Nazrin Jailani, Shahriffuddin Ariffin, Kim Leun Kwang and Daeng Abdul Rahman Abdul Aziz, who have all flourished in the absence of the illustrious trio.

Amir is the reigning Tour Order of Merit champion while Shahriffuddin was the winner of the 2017 and 2018 seasons.

Then there are also seasoned campaigners Danny Chia, Sukree Othman and R. Nachimuthu, who will be all out to prove that they are still a force to be reckoned with, at least on the domestic scene.

PGM general manager Nik Mustapha Nik Mohamed said a total of 110 golfers, including 13 for the Ladies Championship, have signed up for the event.

“The field is as good as it gets. Gavin, Ben, Nicholas, Danny, Amir and Shahriffuddin are those who have signed up. 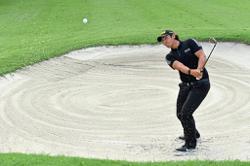 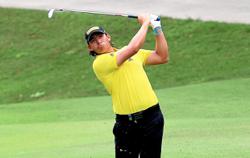 PGM in a quandary over three remaining tournaments 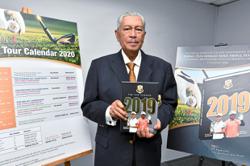