(Reuters) - Two-time major winner John Daly said on Monday that concerns about his health amid the COVID-19 pandemic had prompted his decision to withdraw from this week's PGA Championship.

Daly, known as "Wild Thing" during his heyday on the PGA Tour, withdrew on Sunday from the Aug. 6-9 event, one of golf's four majors, which will be played at San Francisco's TPC Harding Park without spectators.

The 54-year-old, who won the event in 1991, is one of several players, including former world number one Lee Westwood and Italy's Francesco Molinari, to decide not to play.

"People keep asking why I (withdrew) from PGA???" Daly said on Twitter. "California now #1 in cases/deaths, I had knee surgery, I’m a diabetic & I don’t feel comfortable flying.

"Being too close proximity to even small crowds & risk exposure with my health not worth it!"

The tweet marked a shift in tone from April when he joked about vodka and Diet Coke being a "cure" for COVID-19. He later said he meant no harm with his comment. Australian Day turns back the clock at PGA Championship 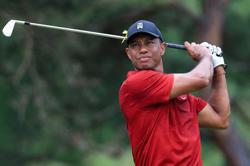