A man known and respected by all

IN a week when the Korean Ladies Professional Golf Association Tour returned to action amidst the Covid-19 pandemic and Rory McIlroy and his friends featured in a two-on-two charity match in Florida, Malaysia lost one of its genuine golf stars, Vellasamy Nellan.

Nellan died at the University Malaya Medical Centre in Kuala Lumpur last Saturday. He was 71.

His passing away was felt across the length and breadth of this country, and mentioned in several others, notably Singapore and India.

Indeed, this gentleman, whom I had the privilege of meeting not long after I arrived in this country some 20 years ago, had friends all over the place.

To say that he was a popular pro (player and teacher of the game) would be understatement. He was much more than that, and Saujana Golf & Country Club, one feels, were lucky to have him as their ambassador.

It was a role that Nellan enjoyed immensely, perhaps because it was one that he found comfort in without doing too much. He was always relaxed and mixed freely and feverishly with anyone and everyone. 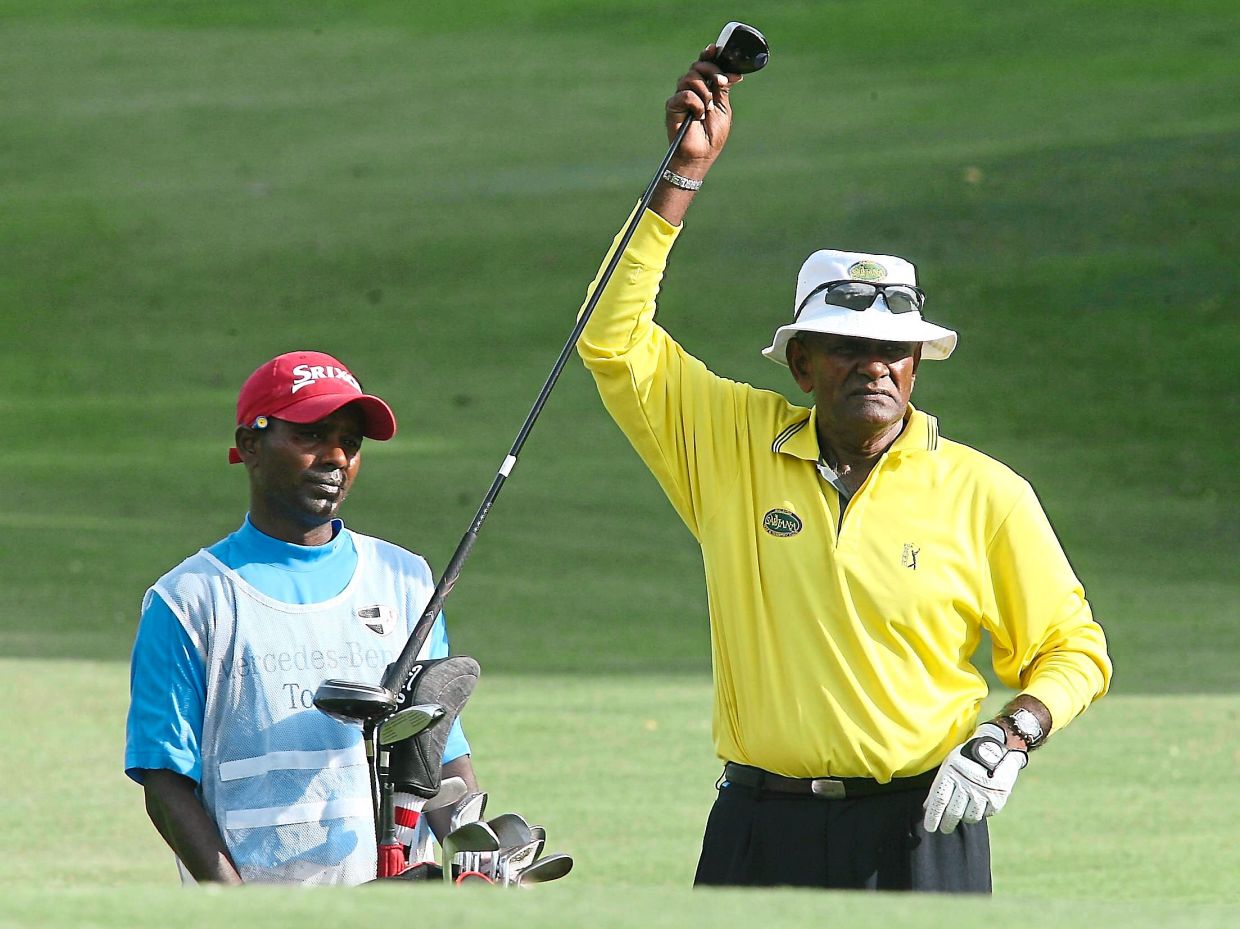 Nellan, at 62, with his caddie in the Mercedes-Benz Masters Malaysia.

That came after years and years of serving the great game of golf, first as a caddie, then a pro player who progressed to teach the sport after he retired from the Tour 30 years ago.

He always spoke passionately about his time as a player and his experiences after that. He did so again the last time I interviewed him. That was last month (The Star, April 5,2020) when we celebrated his golden anniversary as a pro golfer this year and discussed his (soon to be published) biography.

Having turned pro 50 years ago, he said he wanted to continue to share his knowledge about the game with the “young and old” who have a love for the sport.

“Golf is the best game ever, ” he told me. “It has consumed me all my life and I am still fortunate enough to be able to teach.”

But Nellan kept in touch a lot more than that.

In recent times he would call from East Malaysia and India, where he travelled to teach clients who brought him over, and share with me what was going on.

He would speak with much enthusiasm of those whom he taught and more often than not would dwell on certain aspects of their games. He always seemed to find serious positives in his students – one week it would be their short-game prowess and from another location he would get excited about how they hit the driver, or something like that.

Since his passing, Nellan’s exploits have been well chronicled. He started out as a 13-year-old caddie at Royal Selangor Golf Club in Kuala Lumpur and played his first Malaysian Open in 1969. Twenty years later he played his last national Open.

In between ands since, he met and/or played with some of the game’s greats, like Gene Sarazen, Sam Snead, Arnold Palmer, Gary Player and Seve Ballesteros. He played in two World Cups, and caddied for Malaysian premiers Tunku Abdul Rahman and Tun Abdul Razak, and Singaporean Prime Minister Lee Kuan Yew.

Tributes poured in from all over and not in the least from veteran journalist and co-author of Nellan’s biography, P.C. Shivadas.

“Nellan’s life was centred on golf. It was all he knew, ” said Shivadas, who co-authored The Legend with Bob Holmes.

“Everybody, from royalty to politicians, corporate leaders and golfers in general, he came in touch with got to know and enjoy his company. He had a simple, basic, no frills teaching style that nevertheless was effective.

“He was all golf. He grew up knowing only golf. I would put him down as the best golf ambassador the country has had and not likely to have again any time soon, ” added Shivadas.

Saujana chairman Tan Sri Razali Rahman also spoke glowingly of Nellan. He said: “He seemed to have lived several lives in golf alone – as caddy, scorer, player, World Cupper, teaching pro and ambassador. And in all he excelled.

“I know what a fun-loving, wise-cracking character he was and I know his true value to Saujana Golf & Country Club and Malaysian golf as a whole.”

That is spot-on about the man, who one feels had he been at the KLPGA Championship last weekend or McIlroy’s charity match would almost certainly have made his presence felt.

To help get Nellan’s biography printed, there is a fund-raising exercise being undertaken. SimplyGiving website is accepting contributions for the book and well-wishers and fans can visit https://www.simplygiving.com/appeal/nellan-vellasamy-the-legend to make donations.