(Reuters) - This year's Ryder Cup should not be held if fans are unable to attend the event due to the coronavirus pandemic, Team Europe captain Padraig Harrington said on Wednesday.

The golf calendar has been ravaged by the outbreak, with three of the sport's four majors -- The Masters, U.S. Open and PGA Championship -- being postponed, while the British Open was cancelled.

The Ryder Cup is scheduled to take place from September 25-27 at Whistling Straits in Wisconsin, a week after the re-scheduled U.S. Open, and Harrington believes the absence of fans will ruin the spectacle of the biennial match play event.

"Nobody wants to see the Ryder Cup played without the fans being there," Harrington told BBC Radio.

"There's no doubt that it makes the tournament so much better. I think the common consensus now is the Ryder Cup will not be played unless the fans are there.

"Non-golfers and golfers around the world watch the Ryder Cup because of the tension that's created by the spectators."

Harrington said he held discussions with Ryder Cup organisers regarding the possibility of postponing the event but continues to plan for it to go ahead as scheduled.

"There are bigger things too than the Ryder Cup. It's a big deal in golf but we have to see the bigger picture," the three-times major winner added.

"I hope that we get our chance to play. I think it's something that can bring people together and is something to look forward to and enjoy." Postponing Ryder Cup to 2021 would be right call, says McIlroy 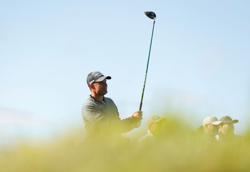 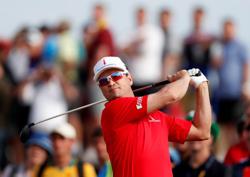