Ervin eyes pro debut, but first he wants to win in Manila

But first, the United States-based 21-year-old wants to help Malaysia end their 18-year gold medal drought in what could be his second and last SEA Games appearance in the Philippines.

“This is most probably my last SEA Games as I have plans to turn professional after I finish my college studies and earn my degree in sport management,” said Ervin, a final year student at Liberty University in Virginia.

“But this is just a tentative plan. Whether it is my last SEA Games or not, I will still play my best and hopefully bring a medal back for Malaysia.”

In his debut in Kuala Lumpur two years ago, Ervin could only finish eighth in the individual competition.

He was also beaten in the team event match play as Malaysia fell 1-2 to the Philippines in the quarter-finals.

But Ervin, being the remaining squad member of last edition, is ready to take the lead and make amends together with his new teammates K. Rhaasrikanesh, Adam Arif Madzri and Zubair Firdaus. 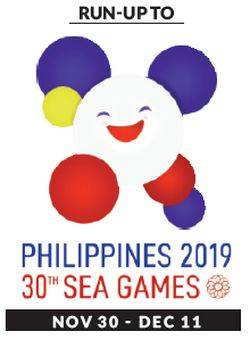 Ervin, the world No. 78, will have a reputation to live up to this time around as he’s the second highest-ranked golfer on the World Amateur Golf Ranking (WAGR) in the field behind No. 60 Tanapat Pichaikol of Thailand.

Ervin has been in sensational form this year, having notched nine top-10 finishes out of 16 meets in the US.

Ervin also showed he’s no pushover against the more illustrious Asian Tour and Japan Tour professionals at the Singapore Open in January by coming in 34th spot in the 156-man field.

“I’ve been playing decent golf lately. I struggled a little towards the end of the fall season (Sept-Nov) as I was going through some changes in my short game and some alterations for my long game but I’m still working on it,” said Ervin.

“Rest assured I’m doing whatever it takes to keep up with my performance. I’m trying to get myself back into tip-top shape before I leave for the SEA Games.”

Ervin admitted that doing well in SEA Games is one of the main goals alongside qualifying for next year’s US Amateur Open – the Major of amateur golf – before turning professional.

“SEA Games is definitely a very important event with a lot of quality players in the region participating. I look forward to battling them for glory.

“Among the top guys are Singpore’s Nicklaus Chiam and Luis Castro of the Philippines. They are also playing collegiate golf in the US.”

The last time Malaysia came close to winning gold was when Gavin Kyle Green lost narrowly in the play-off to settle for individual silver at the 2013 Myanmar Games.