Winnie helping out at a coaching clinic at the EFG Hong Kong Ladies Open.

SIXTEEN year-old Winnie Ng enjoyed a good outing at the EFG Hong Kong Ladies Open where the amateur player finished in the top-20 and saw her move up 70 places in the women’s Rolex World Rankings.

An invited guest of the title sponsors, Winnie had rounds of 67, 72 and 76, which gave her a share of 16th place, alongside compatriot Aretha Pan and five other players. They finished tied on one-under-par 215.

Malaysia’s other three players in the pro event were Michelle Koh, who was tied for 28th on 218, and Ainil Bakar and Durriyah Damian, who were joint 43rd on 220.

For Winnie, this was another huge learning curve in her budding career and it lifted her to 807th in the world rankings – a jump of 70 rungs up the ladder.

That left her as the fifth best ranked Malaysian in the ladies ranks – pro or amateur. Only Kelly Tan (528), Ainil Bakar (672), Aretha Pan (704) and Michelle Koh (784) are ahead of Winnie in the Rolex rankings.

Already capped by Malaysia, the amateur international was also the country’s top-placed finisher at the Sime Darby LPGA at TPC Kuala Lumpur last October, another pro tournament where she held her own.

Her exploits in Hong Kong also saw her climb to 613th in the women’s World Amateur Golf Rankings, run by the world governing body, the R&A. 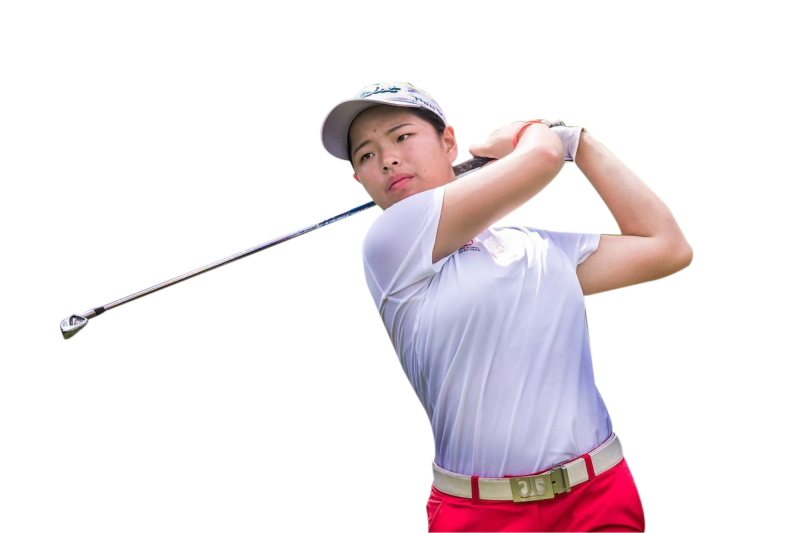 Winnie in action at Hong Kong Golf Club in Fanling.

In those standings she moved up 43 places and is the third best ranked amateur in the country behind Loy Hee Ying (119) and Ashley Lau (314).

With an opening round of 67, the young Malaysian enjoyed a share of the lead at Hong Kong Golf Club – much to the surprise of many. She shot a second day even-par 72, before things got pear-shaped in the last round.

Speaking of the tournament that was won by Thailand’s Saranporn Langkulgasettrin, Winnie said: “I had two double bogeys in the last round and that stage I was just trying to save my day. My shots were going left and right.

“I felt very sad about my two double bogeys, but I told myself not to think about it and I managed to come back strongly with a birdie on the 17th.”

She added: “The biggest lesson learnt in Hong Kong for me is just to not think about anything, especially on the last day. I need to just got out and play.

“I wasn’t thinking of the right things and instead of focusing on my routine, I was worrying about things with my swing.

“But I learned a lot this week. I had a great first round and if it wasn’t for that, I might not have made the cut.

“I am grateful to EFG for the wonderful opportunity to compete against the professionals that will help me with my game,” she added.

Aretha also did herself no harm with her showing on the island in the South China Sea. Her joint 16th place saw her move 43 places up the world rankings to 704th.

The 25-year-old has been in a bit of good form lately. She won the recent Professional Golf of Malaysia (PGM) Sime Darby Women’s Closed Championship for her breakthrough victory and said afterwards: “I am happy with my game.”

She put her good form down to a lot more practice on her short game and it certainly appears to be paying off.

“I’m very happy and I hope I can build on this,” added Aretha, who still has an event in Taiwan and two in China before returning home. 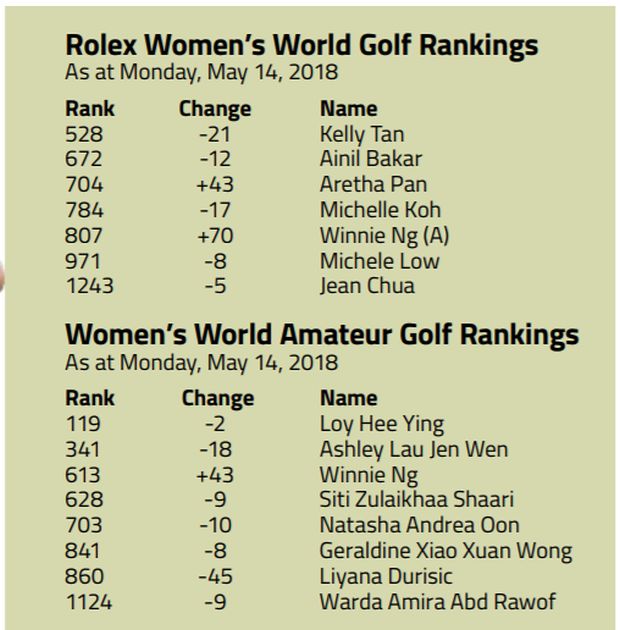