Jun 17, 2017; Erin, WI, USA; Justin Thomas walks up to the applause of the crowd on the 18th green during the third round of the U.S. Open golf tournament at Erin Hills. Mandatory Credit: Michael Madrid-USA TODAY Sports

ERIN, Wisconsin (Reuters) - American Justin Thomas capped a record-setting third-round with a sensational eagle at the last at the U.S. Open on Saturday, moving closer to adding a maiden major title to an already glorious season of golf.

The 24-year-old Thomas carved a three-wood from the fairway to within eight feet of the cup on the 667-yard finishing par-five and drained the putt for a nine-under-par 63, the best U.S. Open round ever in relation to par.

His nine-under tour of rain-softened Erin Hills eclipsed the eight-under-par 63 carded by Johnny Miller in winning the 1973 U.S. Open at Oakmont, and matched the all-time low for any major of 63.

"That means I'm a part of history," Thomas told reporters. "It means I have a lot better chance to win the tournament than I did when the day started."

Thomas was tied for 24th at two under par, five strokes off the pace after Friday's second round.

The thrilling finish vaulted Thomas into the clubhouse lead on 11 under par late in the third round but with numerous contenders still out on the course and threatening to catch him.

A three-time winner on the PGA Tour this season, Thomas also joined the exclusive ’59’ club by breaking 60 at the Sony Open, but he may have saved his best for Father's Day weekend and his quest for his first major crown.

Thomas had 300 yards to the hole for his second shot at the 18th.

"I knew I hit it really well," he said. "It was downwind to where I knew if I hit it solid, I could definitely get it there.

"All Jimmy (caddie Jimmy Johnson) and I were trying to do is give ourselves a best chance to make a four. Make four, get out of there and post a great number.

"Those things are bonuses, you know? I wouldn't have been able to do that without that rain last night. So I guess I'm thankful for that."

Thomas set the U.S. Open scoring record despite registering a pair of bogeys, offsetting them with nine birdies and his closing eagle.

Another eagle was available when Thomas drove the short, 288-yard par-four 15th hole. The world number 13 said he was hungry at that point and that might have affected him.

"I was a little mad at myself because I could feel I was hungry on 14 (where he parred the par-five) and 15. I just get a little shaky and jittery on putts and that's what happened on 15."

(Editing by Andrew Both) 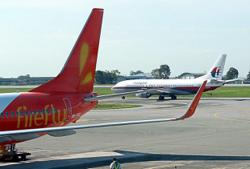