AL RAYYAN, Qatar (Reuters) - Brazil’s team of superstars were left ruing what might have been and flexing every sinew of stoicism on Friday after a heart-breaking World Cup quarter-final loss on penalties to Croatia which left them sobbing on the turf.

Minutes from the semi-finals after Neymar had smashed the ball into the roof of the net at the end of a sublime move in extra-time, they allowed Croatia substitute Bruno Petkovic to fire home to level.

With Croatian keeper Dominik Livakovic rightly named man of the match for a gargantuan performance, penalties were the last thing five-times champions Brazil wanted, and so it proved as Livakovic saved the first penalty -- from Rodrygo -- and Marquinhos slammed a post to seal Brazil’s fate.

“It's difficult. You have to lift your head,” Brazil captain Thiago Silva said. “I'm very proud of the boys and what we've done, but unfortunately, it's part of football. When we lose something important that we had as a goal, it hurts a lot.

"But now it's time to try to lift my head and carry on. There's no other alternative. I'm a guy that every time I fall, I get up.”

Midfielder Casemiro, who scored for the five-times champions in the shootout, said: “We are sad, we are sure that everyone in the group gave their best.

“We were upset by the way it happened. It was in our hands, and it slipped away,” he added, before reflecting philosophically: “Now it's time to keep calm and life must go on.”

With two Brazil penalty misses, Neymar never got to take a spot kick, but coach Tite defended the decision to put Neymar fifth.

“The fifth is the decisive one,” he told reporters. “There is more pressure, and the players who are better prepared should take this one.”

Tite, who had previously said he was stepping down at the end of this tournament, railed at suggestions the Brazilians had been disorganised, telling one reporter: “Disorganised? It is because of you not because of me.

“I do not agree we were disorganized. We put high pressure at the front and tried to retain the game with Pedro.

“I respect the result. These things happen sometimes in football,” he added, before defending his decision to return to the changing room and not stay on the pitch with his distraught players as they cried in the arena.

“When we also won different matches I did not stay on the field of play. Have you seen me celebrating in other instances?

“That’s not my style. The players know how proud I am of their performance.

"Time will tell what my legacy is.” 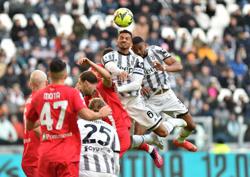