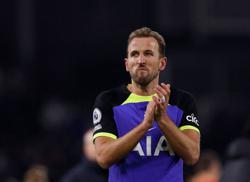 LONDON (Reuters) - Head brain injury charity Headway has described as "beyond belief" a video posted by the Football Association apparently making fun of a player colliding with an advertising hoarding.

The clip, on the official FA Cup TikTok feed, showed Stockport County's Macauley Southam-Hales crashing head first into the hoarding behind the goal during a tie against Charlton Athletic with the soundtrack of a Nestle Crunch commercial.

It has since been deleted by the FA who apologised and said it should never have been published.

However, Headway said the fact it was published in the first place threatened to undermine the work done to highlight the dangers of blows to the head in sport.

"We are speechless after seeing the abhorrent video posted on TikTok by the FA. To share a video making light of someone suffering a head injury is frankly beyond belief," Luke Griggs, Chief Executive at Headway, said in a statement on Friday.

"TikTok is a platform primarily used by younger generations, many of whom will be looking up to the example set by the FA.

"What they will learn from this stunt, is that it is funny when a sporting head injury occurs, and not something to be worried about. It is clear to us that there is a long way to go before the FA finally takes brain health seriously."

The 26-year-old Southam-Hales was described as "very, very lucky" to have escaped serious injury in the incident, according to Stockport manager Dave Challinor.