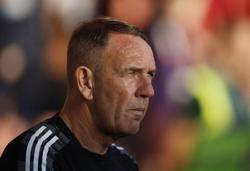 (Reuters) - Northern Ireland have reappointed Michael O'Neill as manager on a 5-1/2 year contract to succeed Ian Baraclough, who was sacked in October, the country's Football Association said in a statement on Wednesday.

O'Neill, 53, returns for a second spell having left the team in 2020 amid the COVID-19 pandemic. He was replaced by Baraclough, who guided the team to four wins in 22 competitive games before being dismissed.

"I'm delighted to be the Northern Ireland senior men's manager," O'Neill said. "I'm excited to see what can be achieved with this group of players and can't wait to be in front of the Green and White Army at the National Stadium once again."

O'Neill first took charge of Northern Ireland in 2011 and oversaw their qualification for Euro 2016 -- the nation's first major international tournament in 30 years -- where they were knocked out in the last 16.

He took charge of Championship side Stoke City in 2019 but continued in his role with Northern Ireland until April the following year, when COVID led to the postponement of the Euro 2020 playoffs.

"We are focused immediately on the upcoming UEFA Euro 2024 qualifying campaign which starts in March 2023, but beyond that there is so much to look forward to, including the UEFA Euro 2028 tournament where we will hopefully be co-hosting as part of a successful UK and Ireland bid," Nelson said. 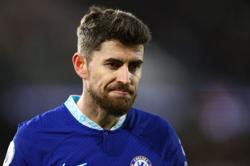