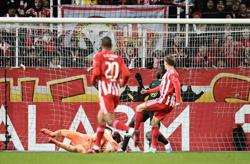 DOHA (Reuters) - Germany team director Oliver Bierhoff has become the first casualty of their first-round World Cup exit in Qatar after agreeing to leave his post two years before his contract ends, the DFB said on Tuesday.

Former Germany international Bierhoff, who had been in his post as team director for the last 18 years, was widely criticised following their second consecutive shock early exit at a World Cup.

"Oliver Bierhoff has won a lot of merits for the DFB," said DFB President Bernd Neuendorf in a statement. "Even if the last few tournaments lagged behind the sporting goals that had been set, he will be associated with big moments."

Bierhoff played a part in helping Germany win the last of their four World Cup titles in 2014 and Neuendorf said his efforts would not be forgotten.

"He will always be linked with the World Cup success in Brazil," he added. "Even in turbulent times he always followed goals and visions."

Germany crashed out of the tournament in Qatar after losing to Japan, drawing with Spain and beating Costa Rica in the last Group E match. Spain and Japan advanced from that group.

The Germans had also tumbled out of the 2018 World Cup at the same stage - at the time their earliest exit in 80 years.

They also failed to advance past the round of 16 at Euro 2020 last year.

Germany football bosses will hold their first meeting on Wednesday to analyse their recent tournament performances and to plan improvements ahead of Euro 2024, which the country will host. 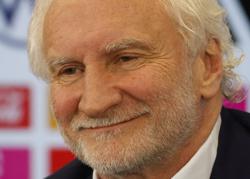