DOHA (Reuters) -Half-fit players, a leaky defence and a controversial flag that raised diplomatic tensions underlined yet another exit for Serbia in the group stage at the World Cup, proving that their resurgence earlier this year was nothing but a false dawn.

Under coach Dragan Stojkovic, Serbia were fancied to give their Group G opponents a run for their money having secured automatic qualification by forcing a talented Portugal side into a playoff to qualify for the World Cup.

With an encouraging showing in the Nations League earlier this year, Serbia were expected to finally break their World Cup group stage jinx having never reached the knockouts since the break-up of Yugoslavia.

But despite having two promising strikers in Aleksandar Mitrovic and Dusan Vlahovic, both of whom were in fine form in the league with Fulham and Juventus respectively, the two started together only in their final group game.

Mitrovic scored nine goals in the Premier League but an ankle injury severely hampered his preparations for the tournament as Serbia sweated over his availability while Vlahovic did not arrive in Doha 100%.

"We came here with a lot of niggles and injuries to our key players. This was very difficult to manage, it was difficult to have a high level of performance at a World Cup," Stojkovic said.

When Mitrovic did make the starting line-up against Brazil in their opener, he was well off the pace and barely received service in a humbling 2-0 defeat by the pre-tournament favourites which immediately put Serbia on the backfoot.

While Serbia did net three goals against Cameroon, their defence was given a reality check when Vincent Aboubakar ghosted past their offside trap twice in three minutes in a 3-3 draw.

In the final game, Switzerland ran riot to hand Serbia a 3-2 defeat that consigned Stojkovic's side to the bottom of the group while the Swiss set up a last 16 clash with Portugal.

Stojkovic had said before the game that he had hoped to find holes in the Swiss defence, just like in their cheese, but he did nothing about the gaps in his own back line which were exploited by each team they faced.

Serbia finished their campaign with one of the worst defences in Qatar having conceded eight goals -- more than their previous two World Cups combined.

They were second only to Costa Rica who shipped in 11 -- which included seven in one game against Spain.

"Of course there was a period over the last 1-1/2 years where we had a success streak but now we faced a dip (in form)," Stojkovic added.

"It goes without saying that we had problems in defence, but this would have to undergo a deeper analysis.

"I shook the players' hands and said they must keep their heads up. They really did their best and gave their maximum."

Off the pitch, a viral image of a flag which showed Kosovo as part of their country allegedly hung in the dressing room during their match with Brazil also put Serbia in the spotlight.

FIFA opened proceedings against Serbia's football association after an outcry from Kosovo and Stojkovic, a former captain of Yugoslavia, refused to comment.

Questions about Russia's soft support for Serbia at the World Cup were also shut down, even though Stefan Mitrovic said any support at the World Cup was 'welcome', but it cast a pall over the team for the duration of the tournament.

At their last two World Cups in 2010 and 2018, Serbia won at least one match but they go home from Qatar without a single win.

Although the team had been criticised back home, Stojkovic said he did not read the news and did not even bother paying attention to any of it.

"I assume there's criticism because people perhaps expected something else but this is all quite normal," he had said before the last group game.

"Have Serbia ever been world or European champions, or reached a final? We have to be realistic."

(Reporting by Rohith Nair in Doha; editing by Pritha Sarkar) 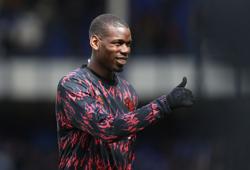