Life goes on: The national team warming up before training began for the AFF Cup. — S.S.KANESAN/The Star

PETALING JAYA: It was a rocky start to coach Kim Pan-gon’s preparations for the Asian Football Federation tournament starting next month when two players pulled out from the national team training camp.

The Football Association of Malaysia (FAM) were officially informed by Kuala Lumpur yesterday that their players – Declan Lambert and Akram Mahinan – will not be able to join the Harimau Malaya squad’s preparation for the AFF Cup campaign due to personal reasons.

With Akram and Declan’s absence, the Harimau Malaya squad will continue the centralised training camp with the remaining 28 players including standby Fazly Mazlan, who is Selangor’s leftback.

A total of 17 players reported yesterday while the remaining 11 players will gradually join the team, including seven from Selangor and two from Johor Darul Ta’zim (JDT), who will report on Dec 5.

Terengganu goalkeeper Rahadiazli Rahalim will join on Dec 6 after he completes the national Under-23 team’s centralised training camp while FK Jablonec player Dion Cools will report on Dec 16.

Coach Pan-gon preferred to look on the positive side of things and said he understands that clubs have the right to not release their player as the training camp is not under the FIFA calendar.

“We invited four players from KL and we have two of them with us... It’s the FIFA rules and we cannot do anything.

“This is something I have never experienced before in my career. I accept this because it’s the FIFA rules... we will be positive about the situation,” he commented.

Pan-gon had initially picked 41 players in the preparation for friendly matches against Cambodia at the National Stadium in Bukit Jalil on Dec 9 before meeting the Maldives on Dec 14 at the KLFA Stadium.

However, 12 players from JDT and Pahang will not join the training due to personal reasons or injuries.

A total of 23 players will be picked for the final squad to shoulder Malaysia’s campaign in the AFF Cup.

The AFF Cup is scheduled to kick off on Dec 20, two days after the conclusion of the World Cup in Qatar. 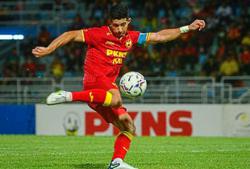 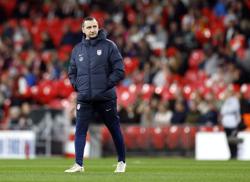