Working as a unit: Ghana players warming up at a training session at the Aspire Zone in Doha. — AFP

Ghana, who lost their opening game to Portugal, are seeking their first points in Group H against the Koreans, who kicked off with a 0-0 draw against Uruguay, and well aware of the threat Heung-min will pose at Al Rayyan’s Education City Stadium.

The German-born Ghanaian coach was in charge of the Under-19 squad at Hamburg when Heung-min arrived at the club aged 16 in 2009 and the teenager made a quick impression.

“I really liked his character, he was a very hard-working player. I was the one who proposed him to the first team,” said Addo yesterday.

Heung-min signed a professional contract at 18 and soon after became Hamburg’s youngest Bundesliga scorer, moving on to Bayer Leverkusen in 2013 in a transfer deal reportedly worth €10mil (RM47mil).

The Korean attacker has since played more than 200 Premier League matches for Tottenham and emerged as his country’s talisman, competing in his third World Cup.

“He became so good because he worked hard for it. He’s gone on to have a great career and I’m happy he is healthy and able to play against us but we will stop him together as a team,” added Addo, who has been doubling up the job of coaching Ghana with coaching youth players at Borussia Dortmund.

Heung-min recently returned from surgery to stabilise a fracture around his eye and played in a black protective mask on Thursday, spearheading the South Korean attack which did not have much impact as they had six attempts at goal but none on target.

“We know his strength and we’re going to listen to the coach who has a plan to stop him,” said Ghana defender Daniel Amartey, who also plays in the topflight in England. — Reuters 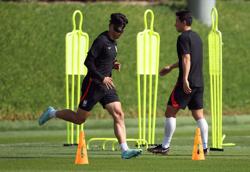 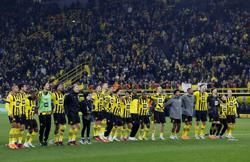