Qatar Airways Chief Executive Akbar Al Baker said the priority now was to accommodate the hundreds of flights that will be landing in the country for the tournament.

Qatar, which expects about 500 shuttle flights a day as well as hundreds more charter flights and private jets, will host the Nov. 20-Dec. 18 tournament with about 1.2 million visitors.

A total of 32 nations are taking part with matches spread across eight stadiums, located within 40 kilometres of central Doha.

"Actually no, we don't have any new destinations," Chief Executive Akbar Al Baker told a news conference when asked whether the airline was now growing due to the World Cup.

"Quite the contrary. We have reduced and withdrawn from 18 destinations in order to make space at Hamad international airport to bring fans.

"Our priority is not Qatar Airways' network but giving access to all countries participating and bringing in large numbers of passengers."

He said German airline Lufthansa was considering restarting operations along with Air France and KLM.

A large number of fans will also be flying in just for the matches, opting to stay in neighbouring Dubai.

"For shuttle flights there will be 500 a day, for charter flights the list has not yet been finalised," he said. 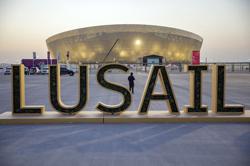 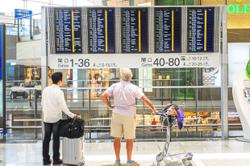